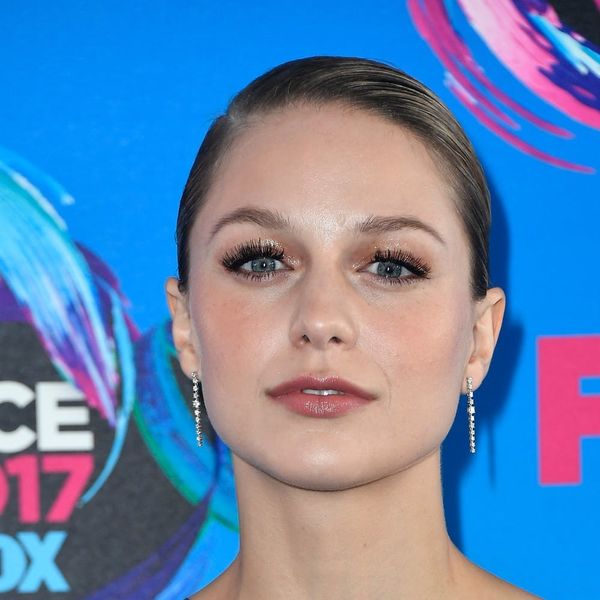 The sexual misconduct allegations just keep coming. Over the weekend, more bombshell accusations of sexual harassment were brought forth by 19 men and women against CW producer Andrew Kreisberg, who works on multiple hit series for the network, including Supergirl, The Flash, Arrow, and DC’s Legends of Tomorrow. The news led execs at Warner Bros. to temporarily suspend the industry bigwig as the studio conducts an internal investigation. Now, Supergirl star Melissa Benoist is addressing the allegations, taking to social media to share her stance on the issues at hand and her status with the show.

“I am a woman who leads a show that supports equality and feminism, empowerment, and fighting for what is right,” she began. “Sadly, the show and my career are a part of an industry that doesn’t always mirror these sentiments. This is heartbreaking, and at times makes me feel helpless. … But I am an optimist. I believe lasting change is possible, and when people are mistreated, they should have a safe forum to speak their truth and always be heard.”

Though the 29-year-old did not identify herself as one of the 15 women who spoke out against Kreisberg (all of the sources in Variety’s original exposé requested anonymity), she did allude to the situation, writing, “… When people commit crimes or harass others they should always be held accountable — no matter what industry they work in or how much power they wield. I’ve spoken up about it in the past — publicly and not so publicly — and I’ll continue to do so.”

Benoist also took to Instagram following the revived #MeToo movement, which saw women around the globe adding their voices to those of victims of sexual harassment and assault in a show of solidarity. She added her own contribution, a quote from Alannah Radburn.

The Variety piece about Kreisberg alleged that he created a “hostile, toxic, and unsafe” work environment, with claims that he paid unwanted attention to employees through inappropriate manners of touch, requests for massages, sexualized comments regarding cast and crew members’ appearance, and more.

Benoist now says she’ll be returning to work with a promise to be “even more committed to being a part of changing the norm by listening when people speak up, and refusing to accept an environment that is anything less than a safe, respectful, and collaborative space.”

Kreisberg has denied all allegations of misconduct to Variety.