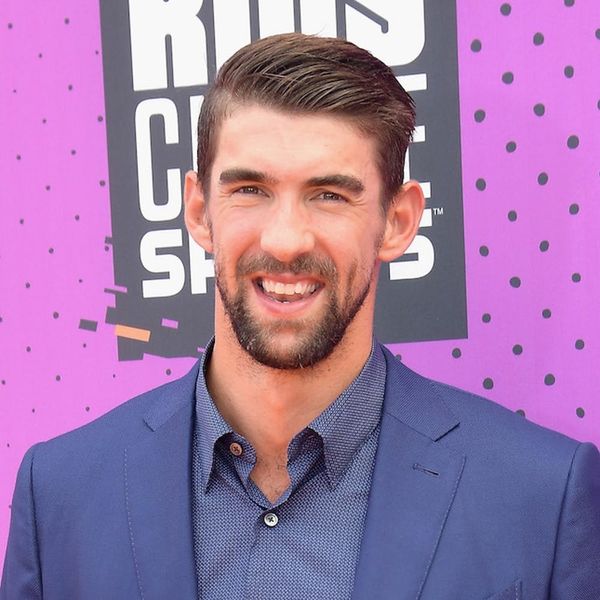 A fake shark leads this morning’s top news stories. Check out that and more below in the Monday Morning Buzz!

1. Michael Phelps’ Shark Week stunt left fans feeling cheated because he raced a CGI great white shark— not a real one. Discovery Channel stated all along that the very-hyped race would be a simulation, but that didn’t stop people from tweeting their disappointment. “So Michael Phelps didn’t actually swim with a shark and I feel cheated,” one Twitter user wrote, while another called it the “real fake news.” LOL. In the end, Phelps lost to the Great White by two seconds. *Insert Phelps’ game face here* (h/t Washington Post)

The Duke talks about Granny Diana and about keeping the memory of the late Princess alive for Prince George and Princess Charlotte: "I do regularly when putting George or Charlotte to bed talk about her and just try and remind them that there are two grandmothers, there were two grandmothers, in their lives, and so it's important that they know who she was and that she existed." 'Diana, Our Mother: Her Life and Legacy' will air on @ITV at 9pm tonight.

2. There aren’t enough tissues in the world to get us through Prince William talking about Princess Diana as a grandmother. Kensington Palace has shared new clips from the Diana, Our Mother: Her Life and Legacy documentary, which will air on HBO tonight, and in one, William talks about how he keeps his mother’s memory alive as a grandmother to his children. “We’ve got more photos up around the house now,” he says, calling her Granny Diana. “It’s hard because obviously Catherine didn’t know her, so she cannot really provide that level of detail. So, I do regularly, putting George or Charlotte to bed, talk about her and just try to remind them that there are two grandmothers — there were two grandmothers — in their lives. It’s important that they know who she was and that she existed.” Sob. The documentary airs tonight, Monday, July 24, at 10pm.

Omgggggggg why y'all doin this to me? 😩 Candice can't even help me. They gotta call Snapchat now 🙃

3. Nicki Minaj made her first foray into Snapchat with the help of her fans. It might seem like every celebrity is all over every social platform all the time, but until yesterday, Nicki Minaj had no clue how to use Snapchat. She asked her Barbz for help getting her set up — and they did — but they ALSO snuck in when she reduced her security settings momentarily and bombarded her with calls. They were coming in so fast and furious that her screen was stuck and she couldn’t get back to her settings to reset it. LOL. (h/t People)

4. Dwayne “The Rock” Johnson and Siri star in a new mini-movie together and it looks hilarious.The Rock x Siri: Dominate the Day — AKA the new commercial for the iPhone 7 — shows the actor relying on the Apple assistant to help him get his to-do list done. According to The Rock, it’s the “BIGGEST, COOLEST, CRAZIEST, DOPEST, MOST OVER THE TOP, FUNNEST (is that even a word?) movie ever,” and he even calls Siri the “greatest costar of all time.” As far as commercials go, we are INTO IT. (h/t The Verge)

The South Florida Museum is deeply saddened to share the news that our beloved Snooty has died. Snooty’s death was accidental and the circumstances are being investigated. We know that our community and Snooty fans around the world share our grief. We will keep you updated as memorial plans develop. Please share your treasured memories and love for Snooty in the comments.

5. Snooty, the oldest manatee in captivity, has died, and Florida is in mourning. Snooty died just two days after his 69th birthday in a sad accident that saw him getting trapped in a hatch door and drowning. “Throughout his life, Snooty contributed much to our understanding of manatees,” a statement from the South Florida Museum said. “Not only did he participate in scientific research programs designed to help understand things like manatee hearing and vocalization, he also hosted other manatees that were being rehabilitated for return to the wild as part of the Manatee Rehabilitation Network.” The CEO of the museum said they were all devastated by his death, and flowers and lettuce were left in tribute. (h/t NPR)

6. Quote of the day: “A little tequila, sunshine, and tacos never hurt anybody.” A quote from Matthew McConaughey’s Dallas Buyers Club character for #NationalTequilaDay.

How do you get yourself motivated on a Monday? Let us know @BritandCo!