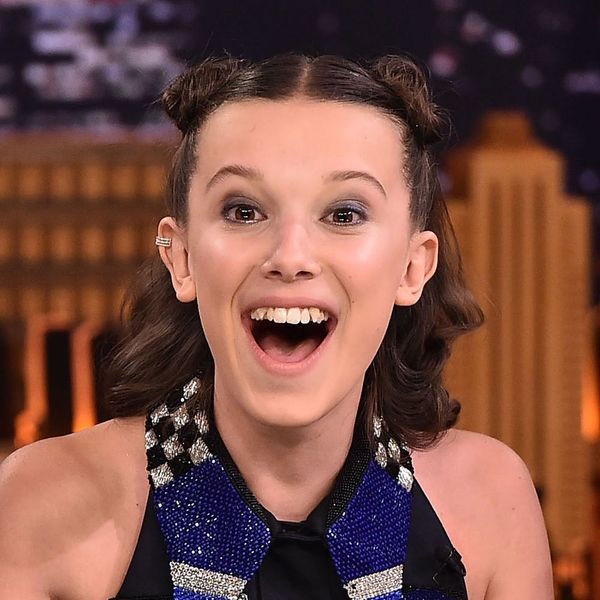 Stranger Things star Millie Bobby Brown threw fans for a loop earlier this week when she showed up to the show’s LA premiere with long hair unlike they’d ever seen on the star. Now, the young actress has just revealed something *else* about herself that left people shocked: she’s deaf in one ear!

Chatting with Variety for a new interview, the 13-year-old explained that she was actually born with partial hearing loss, which deteriorated as she grew older. Despite having tubes for years, she eventually lost her hearing in one ear completely.

Still, the young celeb who’s swept Hollywood off of its feet says that she doesn’t let her condition get in the way of what she loves to do — like sing. “I just started to sing and if I sound bad I don’t care, because I’m just doing what I love,” the RL Eleven quipped. “You don’t have to be good at singing. You don’t have to be good at dancing or acting. If you like to do it, if you genuinely enjoy doing it, then do it. No one should stop you.”

Putting her words into action, the MTV Movie & TV Award winner stopped by The Tonight Show last night to rap a recap of the first season of her Netflix hit series, and we must say: Her musical skills are pretty darn stellar, hearing loss or not! Check out her performance below for proof.

Are you surprised to find out that Millie Bobby Brown is deaf in one ear? Let us know @BritandCo!

Desiree O
Desirée O is a ‘Professional Bohemian’ who loves anything and everything related to the arts, entertainment, and pop culture. She ADORES being a ‘Newsy’ for Brit + Co, covering all of the latest tidbits of awesomeness that you want to read about. When she’s not writing, she’s either making messy art, going on long adventurous walks with her camera, or poking around over at bohemianizm (http://www.bohemianizm.com/). You can find out about Desirée O and her work at http://DesireeO.com/ or follow her on Twitter @DesireeO.
Celebrities
Celebrity News
Celebrities TV