Miranda Kerr Is Pregnant and Expecting a Baby With Evan Spiegel! 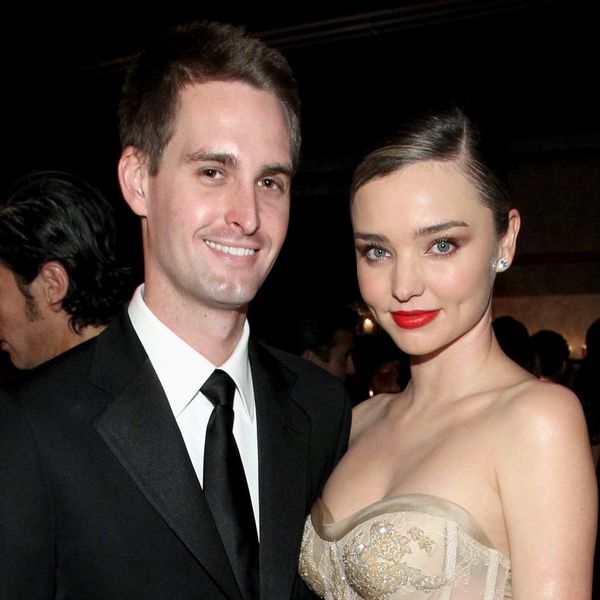 Miranda Kerr and Snapchat founder Evan Spiegel don’t waste any time! The couple, who tied the knot earlier this year in an intimate ceremony 10 months after getting engaged, are now expecting their first child together less than six months after becoming husband and wife.

A rep for Kerr — who is already mom to six-year-old Flynn from her previous marriage to actor Orlando Bloom — gave a statement to DailyMail.com, confirming the happy news that she’s about to become a mom again. “Miranda, Evan, and Flynn are looking forward to welcoming the newest member of their family,” the rep said. (No doubt Flynn is excited to have a sibling and will be an awesome big brother!)

Earlier this year, the 34-year-old model (who just happens to be the first-ever Australian Victoria’s Secret Angel) spoke about the possibility of expanding her family with her 27-year-old love, telling the Times of London they were waiting until the time was right.

Asked if she planned to have another baby, she said, “Not yet. Not until after we get married.” She further explained the decision by saying, “My partner is very traditional.”

A due date hasn’t been announced, so we’ll just have to keep our fingers crossed for another update from the growing family. Congratulations to Miranda Kerr, Evan Spiegel, and big bro-to-be Flynn!

Desiree O
Desirée O is a ‘Professional Bohemian’ who loves anything and everything related to the arts, entertainment, and pop culture. She ADORES being a ‘Newsy’ for Brit + Co, covering all of the latest tidbits of awesomeness that you want to read about. When she’s not writing, she’s either making messy art, going on long adventurous walks with her camera, or poking around over at bohemianizm (http://www.bohemianizm.com/). You can find out about Desirée O and her work at http://DesireeO.com/ or follow her on Twitter @DesireeO.
Baby
Celebrity News
Baby Celebrity Baby
More From Celebrity News