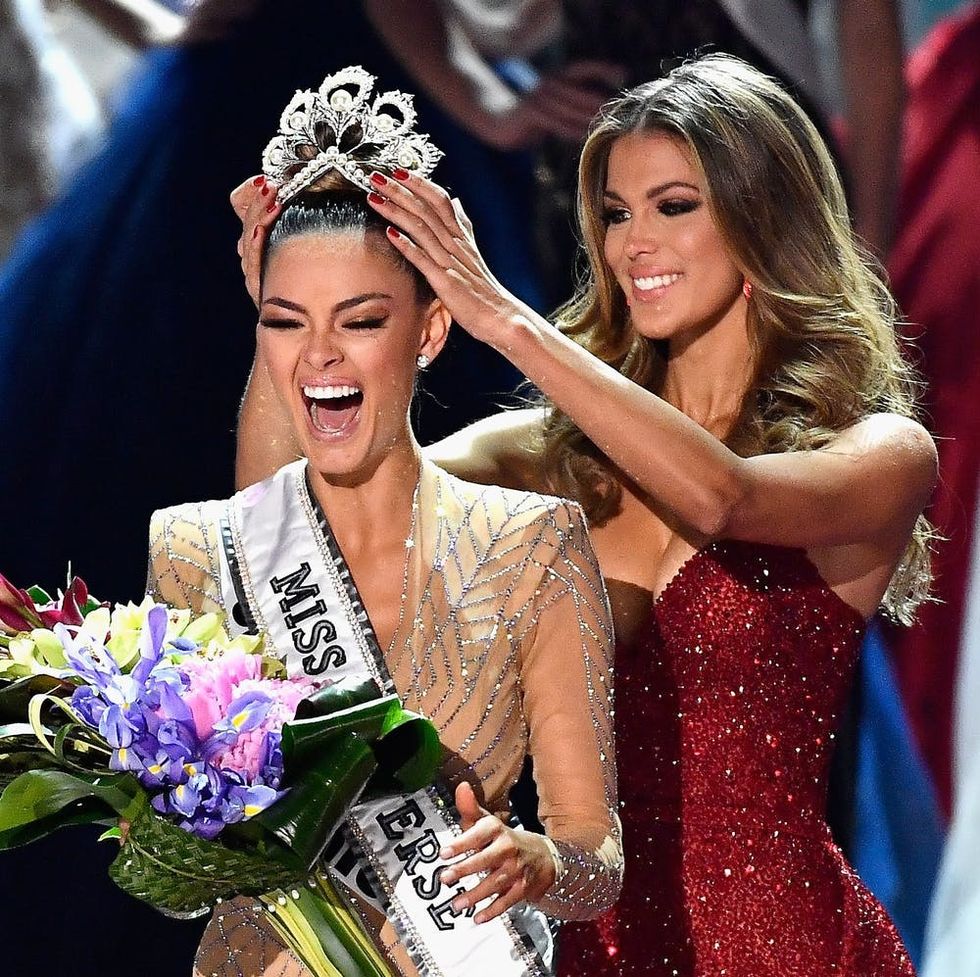 “This one is for every single girl and boy that has a dream!” the model and beauty queen wrote on Instagram after her win. “Nothing is ever impossible!”

Nels-Peters was considered a frontrunner for the title after also being crowned Miss South Africa 2017 earlier this year. The 22-year-old recently earned a business management degree at North-West University, and during the show’s Q&A, when asked what she thought was the most important issue facing women in the workplace, she took the opportunity to speak in favor of closing the gender pay gap.

“In some places, women get paid 75 percent of what men earn for doing the same job, working the same hours, and I do not believe that this is right,” she said. “I think we should have equal work for equal pay for women all over the world.”

From France to South Africa (@irismittenaeremf get it .... 😉) This one is for every single girl and boy that has a dream! Nothing is ever impossible! South Africa I ❤️ you. @missuniverse #missuniverse Dress by @anelbothac

The show was once again hosted by Steve Harvey who, two years ago, made a major blunder when he mistakenly announced the wrong winner. While it was smooth sailing this time around, he joked that the infamous Oscars best picture mixup took the pressure off of him.

Did you watch this year’s Miss Universe pageant? Let us know @BritandCo!