This Study Might Explain Why You’re Not Getting Hired 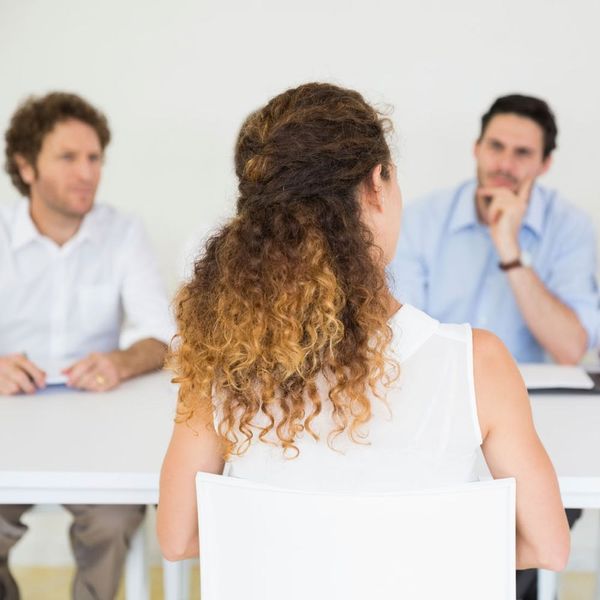 The job search can be rough. Whether you’re trying to figure out how to land your first job or you’re trying to decide whether or not to accept a job offer you don’t want, there are a ton of moving parts to consider and a lot of stress that comes with them. And if you’re a woman, a new study says there might be an extra factor complicating things. You guessed it: sexism.

Researchers at Harvard wanted to figure out “what happens when you change the status quo among finalists for a job position.” So they set up a series of tests in which participants (200 undergraduate students) were asked to evaluate the credentials of four applicants for the same job. In one test, the job was nurse manager, a job some might stereotypically associate with women. All the applicants for the job had the same qualifications and experience levels — the only difference was their gender.

What they found was pretty disheartening. When the hiring pool consisted of three women and one man, the likelihood that the participants would hire a woman was 67 percent. When there were two women and two men, the odds shifted to 50 percent — that seems fair. But when there was one woman and three men up for the job? The likelihood that the woman would be hired was ZERO PERCENT. You read that right.

“Why does being the only woman in a pool of finalists matter?” the researchers write. “For one thing, it highlights how different she is from the norm. And deviating from the norm can be risky for decision makers, as people tend to ostracize people who are different from the group.”

Ugh. Just another confirmation that we’ve got a lot of work to do.

Have you ever felt discriminated in the job hunt? Tweet us your thoughts @BritandCo!

Kylie Kendall
Kylie is a freelance writer living in Ottawa, Canada. When she's not writing, you might find her scoping out all-day breakfast spots in her city or taste-testing every bottle of red wine under $10.
Feminism
Work
Feminism study