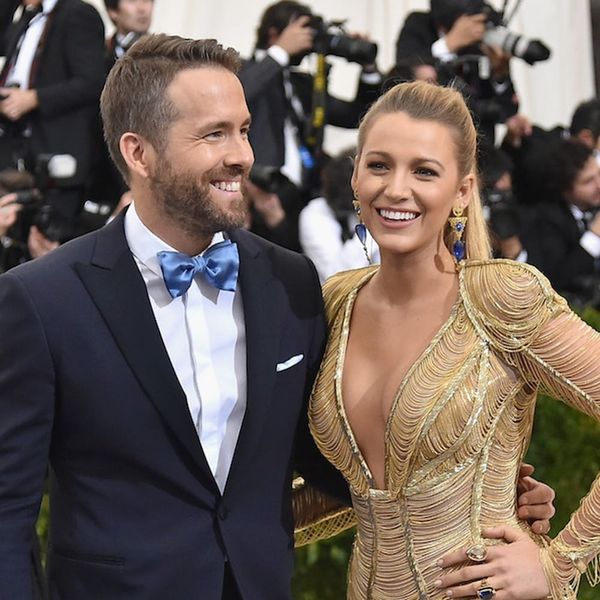 Blake Lively gets real and Casey Affleck is headed for divorce in this morning’s top news stories. Check out those and more below in Tuesday’s Morning Buzz.

1.Blake Lively says it’s “nonsense” that people think her life is perfect. In a new Glamour cover story, Lively — who, we recently found out, gets to approve husband Ryan Reynolds’ dad jokes on Twitter — says you shouldn’t always trust what you read in the media. “When you read, ‘Oh, she’s got a perfect life,’ or ‘Her life is crumbling’ — they pick narratives for everyone. And the narratives stick,” she said. Lively went on to say that she’s in love with Reynolds “most of the time,” and when asked to clarify, she said it’s partially a defense mechanism against the “perfect” narrative, and partially true. “I love my husband all of the time. But I don’t feel butterflies and rainbows all the time.” No pressure or anything, but we think this makes them even more #couplegoals. (h/t Glamour; photo via Mike Coppola/Getty)

2. Summer Phoenix files for divorce from Casey Affleck. After almost 10 years of marriage, Phoenix and Affleck amicably separated in November 2015, and now Phoenix has officially filed for divorce. According to People, Phoenix is asking for joint physical and legal custody of their two children. The divorce comes after a controversial year for Affleck that included sexual harassment allegations following him through awards season and a highly scrutinized win when activist Brie Larson was the one responsible for handing him his Golden Globe. (h/t People; photo via Alberto E. Rodriguez/Getty)

Some people just know how to work a red carpet. #Domino #DeadPool2 pic.twitter.com/llCc8JfKT6

3. The first look at Deadpool 2‘s Domino is SO BADASS. There’s still almost a year until the Deadpool sequel is in theaters, but Deadpool himself, Ryan Reynolds, just gave fans an early sneak peek at the character Domino (played by Atlanta’s Zazie Beetz), and we’re already loving it. “Some people just know how to work a red carpet,” Reynolds tweeted, along with a photo of Domino lying on Deadpool’s red costume. Eee!

4. OMG: Dylan Sprouse is now acting again too. One-half of the The Suite Life‘s Sprouse twins, Cole, has been killing it as Jughead on the CW’s Riverdale, and now Dylan has dropped the news that he’s back to acting too, with a behind-the-scenes picture from the indie film Carte Blanche. Fans are freaking out, naturally, with one even suggesting that the Sprouse brothers eventually come together on Riverdale or literally any other project again soon. (h/t Twitter Moments)

5. Starbucks just released a jerky-topped coffee and it’s very confusing… how delicious it looks?! It feels like Starbucks is rolling out delicious new drinks on the daily now (Piña Colada Tea Infusion, anyone?), but the latest creation, exclusive to their Seattle Roastery, is a bit of a head-scratcher. The Pepper Nitro With a Jerky Twist cold brew is a cold Congo coffee infused with a sweet and savory malted fennel black pepper syrup, topped with a layer of honey cold foam and finished with a sprinkling of cracked pink peppercorn and a bamboo skewer with a piece of BEEF JERKY on it. What?! “We want to… create the unexpected with flavors that we know Roastery customers love,” Raegan Powell, from Starbucks’ Research and Development team, said in a statement. TBH, the more we think about it, the more we want to try it. (h/t Starbucks; photo via Starbucks)

6. Quote of the day: “Lots of people want to ride with you in the limo. What you want is someone who will take the bus with you when the limo breaks down.” — a quote on BFFs from Oprah Winfrey for National Girlfriends Day.

How will you celebrate National Girlfriends Day with your best girls? Let us know @BritandCo!