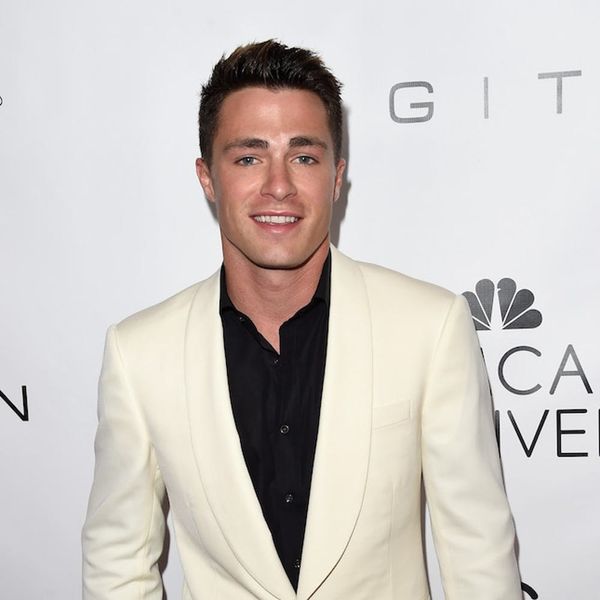 Exciting engagement news and an amazing Game of Thrones guest star lead this morning’s buzziest news stories! Check those and more out below.

MY BEST FRIEND IS ENGAGED!!! This will forever be the best FaceTime call of my life. Overjoyed with love and emotion for my soul mate baby and ride or die on the happiest day of his life. Colt this is the moment!! Over a decades worth of our sleepovers and made up songs, all night wine sessions talking about love and Adele singalongs all leading up to this very moment. I'm so happy for you my angel. So happy that you found someone who completes you and fills your heart in a way no one else can. Jeff you are family to us now but have been from the start. Thank you for showing him what true love feels like and proving that it exists. You have truly changed his life! So excited to see the journey of where your amazing bond of love takes you both. Love you both so very much!!! P.S. Now let's make sure these bridesmaid dresses are fresh off the runway couture one of a kinds... and in the jaw dropping flattering color of diamonds okayyy thanks!! 👰🏻💍💍💍 @coltonlhaynes @jeffleatham @travisatreo

1. The Teen Wolf and Arrow star got a good one! Haynes announced his engagement to fiancé Jeff Leatham on Instagram, sharing two pics of the EPIC looking Cabo San Lucas proposal — complete with a personalized Cher cameo. “Thank you @cher for the beautiful ‘I got you babe’ proposal lead in,” he wrote. “You sounded incredible as always :) The most special night of my life.” Haynes even showed off his sparkly AF engagement ring in a Facetime call to BFF Ally Maki. Congrats to the happy couple!

2. Ed Sheeran will guest star on the upcoming new Game of Thrones season — and for the SWEETEST reason. At a SXSW panel, the showrunners confirmed that while season seven, arriving in July, will be shorter than fans are used to, it WILL feature a pretty special guest: Ed Sheeran. The showrunners have been trying to land Sheeran as a guest for years as a surprise to star Maisie Williams, who’s a HUGE fan, and this year they finally managed it. Aww! (Photo via Jamie McCarthy/Getty)

3. JLo just confirmed that she and A-Rod are dating with a now-deleted pic. The new couple — called JRod, ICYMI — headed south to the Bahamas for a romantic vacay this weekend, and JLo accidentally (?) shared a snuggle snap of the two to her Instagram story before deleting it. Busted! (Image via Instagram)

4. The Jersey Shore girls reunited for Sammi Sweetheart’s 30th bday and it’s giving us serious OG #squadgoals RN. We get to see lots of Snooki and JWoww’s lives since they remained BFFs post-Jersey Shore, but it’s a treat to see the rest of the girls come together to celebrate an old castmate’s milestone. Sammi “Sweetheart” Giancola turned 30 and the crew headed to NYC’s Beautique for a night of drinks and dancing, looking fab while doing so. They’ve come a long way from Karma.

5. Candace Cameron Bure dished some pretty exciting details on Fuller House season three. After the cliffhanger of season two, we thought we couldn’t get any more excited for season three, but then Cameron Bure had to go and say they’re trying to get Ryan Gosling on board! “We’re trying to get Ryan Gosling,” Bure told ET. “We’re like, just going for it. I don’t know yet [what will happen]. We just started.” She also described the first ep in the upcoming season as “insane. I can’t even believe what the writers came up with.” Ugh, this wait’s gonna take forever.

6. Quote of the day: “It’d be like American Pie meets Disney Channel. It’s going to happen.” Demi Lovato says the “dark and adult” version of Camp Rock that Joe Jonas pitched would be a great idea. We don’t necessarily disagree.

Would you watch an updated, *R-Rated* Camp Rock? Let us know @BritandCo!