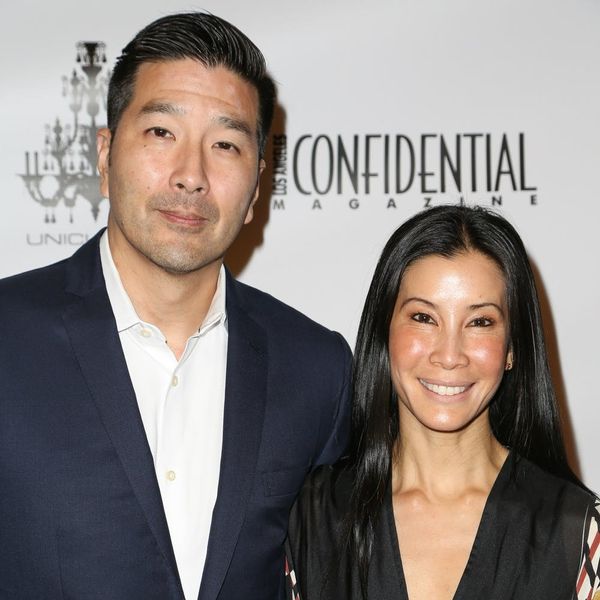 From Lisa Ling’s adorable new addition to Xtina’s newly red tresses, we’ve got all the scoop you need this Tuesday morning: Check out the buzz below!

1. Lisa Ling becomes a mom twice over: Journalist Lisa Ling gave birth to her second baby girl last night, with daddy Paul Song posting this sweet photo of the newborn with mommy. Named Ray (“of light,” as Paul pointed out) Ling Song, her arrival is especially happy news for the couple, who has admittedly struggled with pregnancy in the past — Lisa had two miscarriages before giving birth to her first daughter, Jett. “The miscarriages made me feel alone and defeated,” she said to Today’s Parent in 2014. “No matter how confident you are, they can really affect you.” Lisa also took to Instagram, sharing this snap of big sister Jett holding Ray. Needless to say, we couldn’t be happier for Lisa and Paul — congratulations, you two!!!

2.Christina Aguilera is a redhead: Christina has been killing the hair game lately (have you seen her pierced braid?), and she’s just upped the stakes even further by dyeing her hair (or wig? She was rocking a bob just last month) THE It color of the summer. The songstress debuted her new locks on Instagram, and publicly at a concert for Hillary Clinton, where she was one of the night’s performers. She’s very much channeling Jessica Rabbit, we have to say; we’re kind of digging this look on Xtina!

4. Hillary Clinton has likely just clinched the Democratic nomination: Though it’s not quite official just yet (superdelegates do not officially vote until July 25), the presidential hopeful now has pledges from 2,384 delegates — one more than she needs to clinch the nomination. Bernie isn’t giving up the fight, hoping to change some minds before voting time, but as things stand, Clinton will likely be the first woman to be nominated by a major party. Whoa. (Photo via Kevin Winter/Getty)

Getting our groceries AND OUR LIFE!!!!!

5. People are obsessed with this video of grown adults vogue-ing with food: Featuring men and women offering up their best vogues with ordinary grocery products set to coordinating rapped tunes (“Chicken breast with that chest, give me all that mess!”), this video is quick becoming a fave on social media — it’s been shared more than 20,000 times.

6. Quote of the day: “My personality has never been, ‘I’m such a feminist and follow me and be naked!’ If you are conservative, and that’s how you’re comfortable, more power to you. You don’t have to look at what I do.” Kim Kardashian to Recode. (Photo via Jeff Spicer/Getty)

Can your relate to Lisa Ling’s struggles? Share with us over @BritandCo!

Nicole Briese
Nicole is the weekend editor for Brit + Co who loves bringing you all the latest buzz. When she's not busy typing away into the wee hours, you can usually find her canoodling with her fur babies, rooting around in a bookstore, or rocking out at a concert of some sort (Guns N' Roses forever!). Check out all her latest musings and past work at nicolebjean.com.
Celebrity Baby
Baby Names
Celebrity Baby Celebrity Baby Names
More From Baby Names