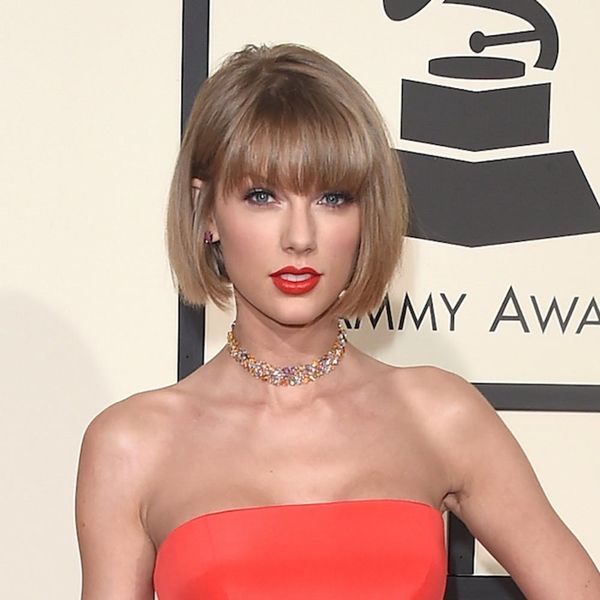 Taylor Swift left fans waiting for pics of the party that might not have happened, and Khloe Kardashian picked up the slack with her epic backyard bash. Check out those top news stories and more below in the Wednesday Morning Buzz!

1. Taylor Swift’s Fourth of July parties have become a summer tradition, even for those of us who only attend via Instagram. After the very-public party last year, which featured then-boyfriend Tom Hiddleston’s famous “I <3 TS” tank top, it appears that the singer and her new BF Joe Alwyn might have taken a year off — or at least kept it completely out of sight. While People reports that a giant inflatable water slide could indeed be seen at her Rhode Island home, no one, sadly, seemed to be sliding. Swift and her standby squad’s Instagram accounts showed no signs of the annual bash, even as Twitter waited all day to get a glimpse of the celeb guest list and patriotic outfits. One user posed the realest question of them all: “Is it really even the 4th if Taylor Swift isn’t having her annual 4th of July party?” Indeed. (Photo via Jason Merritt/Getty)

2. Khloe Kardashian won the Fourth of July with her EPIC backyard bash. Guys, this thing came complete with a pool floatie shaped like sister Kim’s Kimoji butt. Khloe and BF Tristan Thompson had a blast hosting the Kardashian-Jenner clan with a giant water slide and shimmery golden star-shaped treats, and even baby Dream got in the pool on a super-cute unicorn floatie with her dad, Rob Kardashian.

I LOVE YOU SO MUCH!!! pic.twitter.com/wfUehom9FE

3.Kelly Clarkson effortlessly dragged a body shamer on Twitter and people are LOVING IT. Yesterday, as Clarkson was simply going about her Fourth of July business, tweeting love to those who protect and fight for America’s freedom, a troll chimed in to try to bring her down, saying, “You’re fat.” There’s no appropriate time or place for that kind of hate, and it certainly felt ENTIRELY out of place in that context. Clarkson responded with a simple “…and still f***ing awesome 😜,” and her DGAF attitude struck a chord with her followers. Her replies flooded with reaction GIFs, praise, and plenty of love to drown out the hate. (h/t People)

4. Jennifer Lopez returns to music with a HOT new Spanish summer banger. JLo performed at Macy’s Fourth of July celebration in New York City yesterday, and officially released her new single “Ni Tú Ni Yo.” With the recent top 40 success of Luis Fonsi and Daddy Yankee’s “Despacito,” there just might be a little more room for this banger on the pop charts too. Lopez will release a full Spanish-language album in September. (h/t Billboard)

What an incredible talented artist I LOVE ED @teddysphotos deserves all our love and respect like all humans do. I wish all people on the internet would be positive and loving and apart of creating an online community that is kind and empowering, not hateful and mean. No reason to tear down an artist simply because they are on top. Work harder to be kinder everybody. That should be your first duty to humanity.

5. Lady Gaga came to Ed Sheeran’s defense after her Little Monsters trolled him right off Twitter. Sheeran recently revealed that trolls and bullies made him give up the social media platform, and after he suggested it was the work of Lady Gaga’s Little Monsters fanbase, Gaga stood up for Sheeran. “I wish all people on the internet would be positive and loving and a part of creating an online community that is kind and empowering, not hateful and mean,” she wrote on a selfie of the two of them. “No reason to tear down an artist simply because they are on top.” Gaga is a vocal anti-bullying advocate, and has even recently teamed up with Starbucks for the Cups of Kindness campaign encouraging positivity and love.

Do you plan on sporting a bikini at any point for National Bikini Day? Let us know @BritandCo!