Morning Buzz! United Airlines Will Refund Every Passenger from the Flight Where a Man Was Dragged Off + More 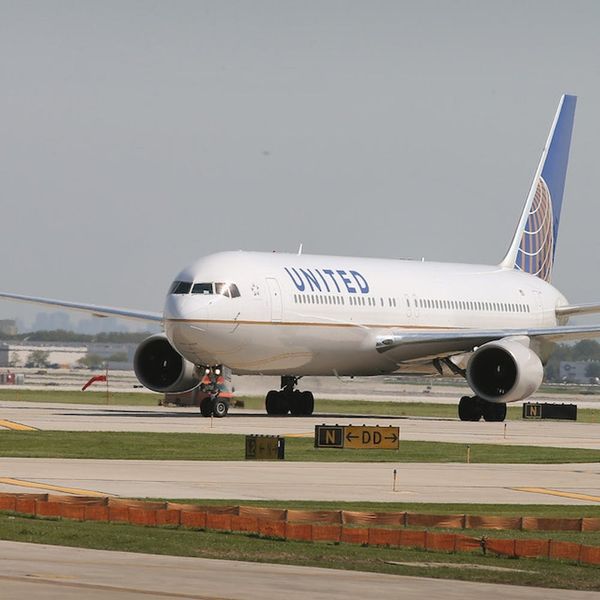 The continuing United Airlines saga and a controversial reveal on Survivor lead this morning’s top news stories. Check those and more out below!

1. The United Airlines saga is still far from over. We finally heard from the passenger, Dr. David Dao, who has thanked the public for their support. While Dao is also starting legal paperwork against the airline, United has announced that they’ll reimburse every passenger who was on the flight in cash, travel credits, or miles. Definitely a good move, but is it too little too late? (h/t Business Insider; photo via Scott Olson/Getty)

What's the over under on me having a milk mustache? #Survivor

2. A Survivor contestant was outed as transgender by a fellow cast mate in an intense episode. On Wednesday Night’s episode, Survivor: Millennial vs Gen X alum Zeke Smith was outed as transgender by Survivor: Australia contestant — and fellow tribe mate — Jeff Varner. Smith tells People that while he is not ashamed of being trans, he also didn’t necessarily plan on making it part of his story on the show. “I didn’t want to be the ‘first transgender Survivor contestant’… I just wanted to be known for my game.” Varner outed Smith in an attempt to paint him as “deceitful” to the other contestants, something host Jeff Probst has said he’s having trouble processing. “You just don’t do that to someone… I cannot imagine anyone thinking what was done to Zeke was okay on any level, under any circumstances, and certainly not simply because there was a million dollars on the line.”

One to Sleep On: Release the past to rest as deeply as possible.

3. Charlie Murphy’s final tweet is so heartbreaking. News of comedian Charlie Murphy’s death rocked the comedy world yesterday, and as people continue to mourn, the final tweet sent from his account is weighing extra heavy. “Release the past to rest as deeply as possible,” he wrote at 10pm on Tuesday night, the night before he died. Murphy often shared words “to sleep on” in this vein in the evenings, and while it’s unknown whether he knew how little time he had left, it certainly seems like it.

4. MTV is bringing back Fear Factor, but there’s a new twist.Fear Factor came out of the reality TV explosion following the success of Survivor in the early aughts, and stayed on the air daring contestants to eat worms or swim in a vat of snakes for five years. Now, MTV is reviving it and rapper/actor Ludacris will host — but there’ll be a twist. The challenges will reflect the current Generation Z fears, such as “couch surfing at 300 feet and waterlogging personal cellphones.” Uh, sure? Will watch. (h/t Hollywood Reporter; photo via Paras Griffin/Getty)

5. An eight-year-old boy learned to drive via YouTube then took his little sister to McDonald’s, and he is a true American hero. Okay listen, yes, very dangerous. But this story is just TOO good, especially considering no one was injured. After both his parents fell asleep early, an eight-year-old Ohio boy wanted to take his four-year-old sister for a cheeseburger. So they got in his dad’s van, piggy bank in tow, and went. Witnesses told police he obeyed all traffic laws and drove the speed limit, and managed to get a van through the drive-thru window, something not even many of us can do. The police eventually approached the van, and while the kids were scared because they knew they were probably in trouble, they DID get to eat their cheeseburgers. CRYING. (h/t Fox8, photo via Justin Sullivan/Getty)

6. Quote of the day: “People always ask, ‘Do you do anything to keep it fresh for your man?’ I hate that question. I’m like, ‘No. Why is it for your man?’ I do things to keep it fresh for myself. The lingerie I buy is not for him necessarily. It’s for us and for myself. If you feel sexy, then it’s good for you.” Jenna Dewan Tatum speaks some empowering truths in the new issue of Redbook.

Would you compete on a show like Fear Factor? Let us know @BritandCo!