Morning Buzz! Vogue Under Fire for Featuring Karlie Kloss as a Geisha + More 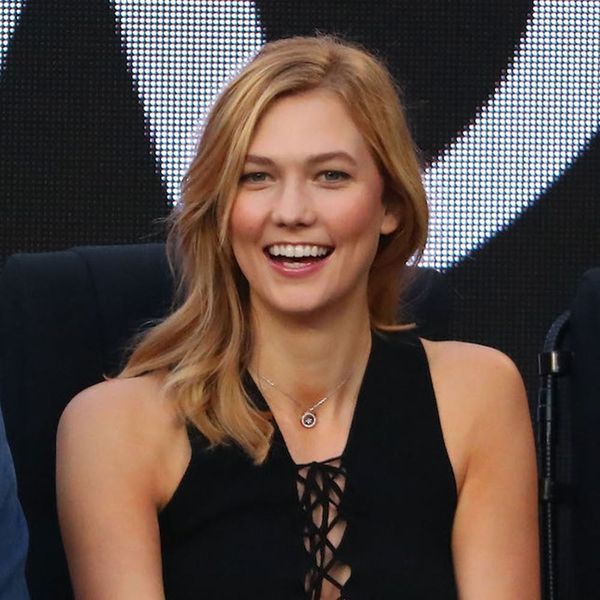 From Vogue’s misstep to Maddie Spears’ recovery, check out six of today’s top news items below.

Karlie for Vogue US – March 2017 pic.twitter.com/Pbo9rssT8p

1. In its most recent issue, Vogue‘s cover features a plus-sized model (Ashley Graham), as well as models of various color, including its first-ever Asian model on the cover, and claims to “celebrate modern American women.” A photo shoot inside, however, features Karlie Kloss as a Geisha, which seems to undermine the issue’s mission. NY Mag points out that the shoot is “likely an homage to Richard Avedon’s shoot of German model Veruschka von Lehndorff that appeared in Vogue in 1966.” Vogue has not yet commented on the controversy.

Maddie isn't quite ready to return to school, but her doctors did clear her to bring in her Valentine's Day treats to her class today. Thanks to @avery and @hersheycompany for making these treats for her to pass out, since I didn't have the time to make any myself this year. It made her so happy to see her friends, and be able to give them such cute treats. It was a great moment for us after everything that has happened. We are so thankful to celebrate Valentine's Day with the ones we love, and we don't take a second of it for granted ❤️Happy Valentine's Day❤️

2. Jamie Lynn Spears’ daughter returned to school after her ATV accident for a special Valentine’s Day. After a terrifying ATV accident that left her in the hospital, Maddie Spears, the eight-year-old neice of Britney Spears, is not only out of the hospital, but was given the doc’s okay to deliver candy to her classmates for Valentine’s Day. “Maddie isn’t quite ready to return to school, but her doctors did clear her to bring in her Valentine’s Day treats to her class today,” Jamie Lynn captioned the adorable pic. “We are so thankful to celebrate Valentine’s Day with the ones we love, and we don’t take a second of it for granted.” SO happy to see her on the mend.

publicly being the cutest Valentine’s Day couple ever, we were getting burgers at a drive through and eating them hurriedly in the car. But more importantly, Chrissy Teigen Snapchatted the unwrapping of the teeniest, cutest pair of Yeezys, sent to Luna from North and Saint West with a card that read, “Luna — Happy Valentine’s Day beautiful baby girl!” Why don’t we have more famous babies as friends this is not fair. (Photo via Chrissy Teigen/Snapchat)

resigned for communicating with Russia before the inauguration, the New York Times reports that members of President Trump’s 2016 campaign as well as other associates had “repeated contacts with senior Russian intelligence officials” in the year before the election. President Trump has responded, as he does, on Twitter, claiming the “real” story is that these leaks are happening at all and brushes it off as “non-sense.” (Photo via Drew Angerer/Getty)
Nicole Villeneuve
Nicole is an entertainment and lifestyle writer covering pop culture, news, and cool women doing cool things. She likes yard sales, MTV's Teen Mom, and putting too many memes in the group chat. She lives in Toronto.
Morning Buzz
Pop Culture
Morning Buzz