You Might Be Surprised by What Emoji Your State Uses Most 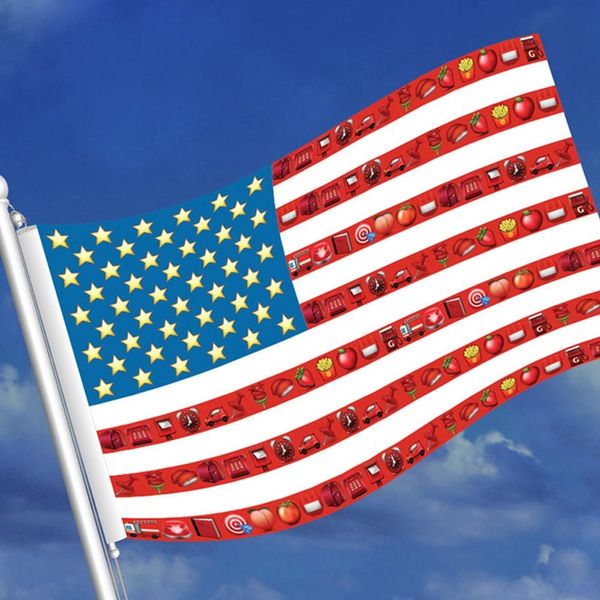 One of these days we’re just gonna have to bow down to our emoji overlords and let them fully take over the world. Those little icons that make texting so fun are everywhere from accessories to cookies to their very own movie. Our culture is so obsessed with them we’re a little surprised the “hey girl” isn’t running for president (we’ve never seen her from the chest down but are still confident she could rock a pantsuit).

You can track the emoji obsession of your home or current state (for, like, hours) with keyboard app SwiftKey’s United States of Emoji. Though we’re a little bummed “SwiftKey” is not an app that replaces your keyboard with Taylor Swift GIFs, it’s recently-released report is pretty freaking cool. You can use the interactive map to see which emoji your state uses more compared to other states and also which emoji it uses more than average. Spoiler alert: Everyone’s most used emoji is NOT the poop one, that’s just you.

Some of the stats give you insight into that particular state — New York is a natural party city, using the dancing girl and party popper more than the others. California is actually “so diverse” in emoji usage that it doesn’t have any that particularly stand out. Here is a closer look of Nevada’s most used emojis:

Makes sense right? You’re #blessed (angel) to be partying it up in Las Vegas at Mandalay Bay (fish), you’re looking cute (queen) like a movie star (camera) and some dude keeps inviting you over for… um, homemade eggplant parmesan?

Swiftkey is available on Android and iOS and is totally free.

What is your state’s most used emoji? Tell us in the comments!

Molly Sanchez
Molly Sanchez is a writer, comedian and lover of burritos everywhere. She has written for The Bold Italic, Liquid Bread, Thrillist and HelloGiggles. She devotes her time to Bloody Mary research, exploring San Francisco and promoting wide spread shower beer awareness and appreciation. Find her on Twitter @seriousmolly trying to get famous people to laugh at her jokes or on Instagram @mollyfuckingsanchez where she swears a lot.
Emoji
Tech
Emoji iPhone