After 5 Years of Fertility Treatments, This Couple Made an EPIC Pregnancy Announcement 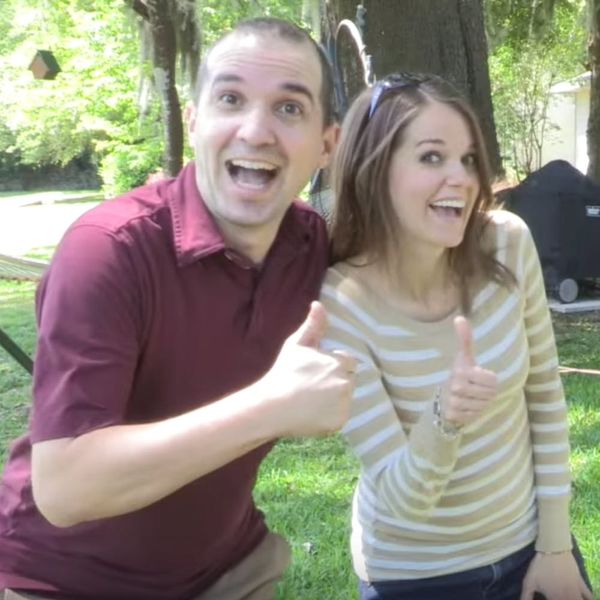 When Erik and Rebecca Herrera from Gainesville, Florida finally became pregnant after struggling for five years with fertility treatments, they decided to go all out with their pregnancy announcement. With the idea to make their own movie trailer, even hiring Honest Trailers voiceover actor Jon Bailey for the vid, this is one pregnancy announcement that’s definitely Hollywood-worthy.

“It has been a very emotional roller coaster for the both of us,” Cosmo reports Herrera telling TODAY Parents. “It’s so hard as a husband to hear the phone ring, not hear what the person on the other end is saying, and then see my wife just break down into tears. I wanted to scream to the world that we were pregnant, and this video was my way of doing that.”

A video is definitely nicer than a scream, but we totally get your excitement, dude. Featuring the couple’s transition from a laid-back, child-free duo to an over-the-top excited pair of expectant parents, it even starts out with a roaring lion (or rather a cat) and ends off with a blooper reel. Too cute, new fam! We give it two enthusiastic thumbs up.

What moments in your life would be movie trailer-worthy? Tweet us @BritandCo!

Desiree O
Desirée O is a ‘Professional Bohemian’ who loves anything and everything related to the arts, entertainment, and pop culture. She ADORES being a ‘Newsy’ for Brit + Co, covering all of the latest tidbits of awesomeness that you want to read about. When she’s not writing, she’s either making messy art, going on long adventurous walks with her camera, or poking around over at bohemianizm (http://www.bohemianizm.com/). You can find out about Desirée O and her work at http://DesireeO.com/ or follow her on Twitter @DesireeO.
Pregnancy
Entertainment
Pregnancy Pregnancy Announcements