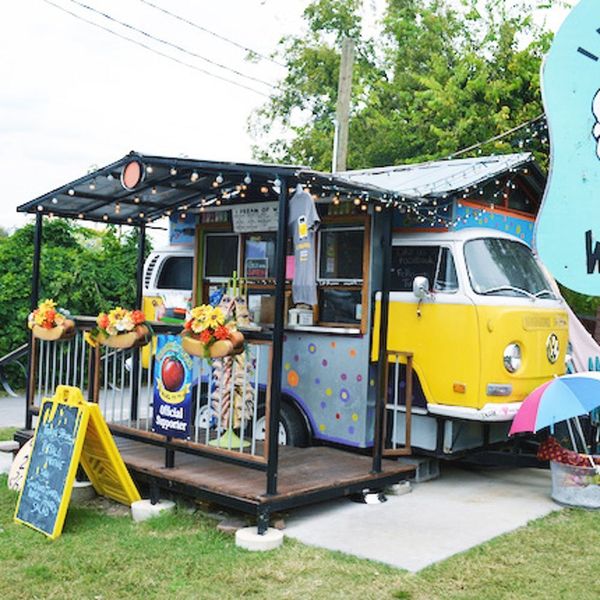 Historically, Nashville has mostly known for one thing — country music, y’all! — but in the last few years, the city has been attracting artists of all genres and mediums, from chefs to musicians, helping to bolster the city’s reputation as a trendy, must-visit destination for the cool kids of the South. Whether you’re looking to make some sweet music or you’re after another creative endeavor, Nashville’s growing arts and makers scene is hitting all the right notes.

Union Station Hotel: Step back in time at this train-station-turned-hotel. The architecture of the early 1900s Romanesque building, the primo location (within walking distance of The Gulch and other nightlife hot spots) and the newly updated modern-meets-historic rooms make this one of the city’s swankiest spots to crash. Plus, holy cow… check out that lobby! We almost wish we could just sleep right by the reception desk!

Hotel Indigo: The exterior of the hotel looks like something you might find in New York City, but the inside is Nashville all the way. The homey lobby draws inspiration from Nashville’s letterpress history and casual-cool, down-home vibes, plus the rooms are super cozy. It’s also within walking distance of lots of attractions, and it even has live music some nights.

Hermitage Hotel: Get ready for a taste of Southern hospitality. This hotel may be historic, but stuffy it ain’t. The Hermitage Hotel has managed to combine its illustrious past and tradition of excellent service with a funky, modern twist for an authentically Nashville experience.

Bongo Java: The location on Belmont is Nashville’s oldest and most revered coffee shop. They’re fully fair trade and roast their own beans. The upstairs has an intimate theater for open-mic nights and other small shows, from dance troupes to comedians to musicians and more. Plus, there’s an entire page on their website dedicated to the shop’s Saga of the NunBun, a cinnamon roll that looked vaguely like Mother Theresa; it’s a truly fascinating read.

Jackalope Brewing Company: Nashville has more than its fair share of rad breweries, but Jackalope is one of the raddest. For starters, it was founded by two women (not the norm in the beer scene). They host yoga on the weekends as well as trivia nights, and their taproom feels less like you’re drinking in a factory. It’s got more of a relaxed, coffee-shop-type feel. Oh, and the beer is delicious, especially the Bearwalker Maple Brown.

Eighth and Roast: There are a lot of coffee shops in Music City, but this one is a true hidden gem. The space is open, with exposed brick walls and big tables (perfect for spreading out if you’ve got work to do), and the coffee is delicious. They import and roast top-quality, specialty beans and have a pour-over bar, where you can learn different ways to brew the good stuff. They also offer all kinds of pastries (and lots of vegan options). Basically, this place is the perfect pitstop to refuel while exploring the city.

Corsair Artisan Brewery Taproom: These guys are the mad scientists of the distilling world. From their take on classics, like spiced rum and artisan gin, to more experimental libations, like quinoa whiskey and red absinthe, you’ll want to try it all. Plus, their Nashville location has a craft brewery attached, if you’re really in need of a drink… or three.

The Catbird Seat: We’ll start with the bad news: There are only 32 seats, you don’t know the menu in advance and it’ll set you back over $115 a person. Yet, this place is one of the most talked about in Nashville. If you’re lucky enough to score a seat at this trendy eatery, be prepared to have your mind blown. The tasting menu changes every day, but usually features 12 or so small plates of truly innovative food. And since it’s so small, you get to chat with the chef and sous chefs about where every ingredient came from and how it was prepped.

I Dream of Weenie: Okay, so it’s technically a VW bus with a grill in it on a grassy lot in the trendy neighborhood of East Nashville, but you won’t find a more delicious “weenery” in all of Music City. It’s the perfect place for lunch after exploring all that East Nashville has to offer. Order your hot dog of choice (the Rebel Yelp is legendary, as is their mac and cheese hot dog and their weenie brunch on Sunday mornings), borrow one of their picnic blankets and enjoy some awesome sunning and people watching while you wait for your delicious weenie.

Rolf and Daughters: The food here is so delicious, the atmosphere is so cool and the cocktails are so divine. Every drink has at least five ingredients (which range from the expected, like bitters and fruit, to the obscure, like orange cream soda syrup, whey, coffee and more). They’re seriously complex, with layers of flavor. And they’re so smooth, you’ll forget that they’re made with copious amounts of liquor. You’ve been warned.

Las Paletas: This shop, opened by two sisters, serves up paletas, which one sister learned to make from a paleta expert in a small village in Western Mexico. There really is no better way to cool off on a hot Nashville day. They offer traditional Mexican flavors, like tamarind, chili pineapple, avocado and more, plus they’ll take customer suggestions to make new flavors, like peanut butter, pumpkin spice and chocolate banana.

Third Man Records: Jack White’s ubercool record company was originally founded in Detroit, but its first physical location is in Nashville — an appropriate allegory for the music scene in general. While it’s definitely hipster heaven, the staff are surprisingly chill and friendly. They’ve got a vintage recording booth, a retro photo booth and lots of music-themed stuff to browse through, from t-shirts to trinkets. And yes, plenty of hand-pressed vinyl too.

Old Made Good (OMG): The name of this vintage boutique pretty much says it all. They repurpose antiques and thrift-store finds into something extra special. From furniture to jewelry to clothes and other assorted gifts, this shop is unlike any other. We’re especially fond of their “naughty needlepoints,” adorable cross stitches with sassy sayings embroidered on them.

Hatch Show Print: If you shop at one place in Nashville, make it Hatch Show Print. This renowned letterpress company has been around since the 1870s, and their iconic style has defined printing, especially those classic concert posters for acts like Cab Calloway, Duke Ellington, Louis Armstrong, Elvis Presley, Dolly Parton, Johnny Cash and tons more. Today, even though it’s changed ownership and location several times, Hatch has not only survived the digital age, but they’ve managed to thrive. Supported by the County Music Hall of Fame and Museum, they’re able to keep printing. Stop by to check out their gallery and buy an authentic print; if you’re lucky, the letterpress machine will be running while you’re there.

atmalogy: This maker space has tons of different rooms for any need you may have. And that’s not the only way atmalogy lets you connect with the creative scene in Nashville; attached, they have a cafe that serves up fresh, organic, locally sourced and healthy snacks, and a shop that sells local artisan goods. Few places allow so many different ways to support and engage with the community.

Art and Invention Gallery: There’s no better place to delve into Nashville’s arts scene than at this gallery and art studio. They put on five to six popular shows a year, host workshops and sell all kinds of locally crafted gems. Their most popular show each year is in the summer and features works inspired by the tomato, with contributions ranging from “the exquisite to the hilarious.” If that’s not punk rock, we don’t know what is!

Bluebird Cafe: This unassuming little cafe has a huge reputation for having big names stop by for their shows featuring up-and-coming singers and songwriters. On any given night, you might watch the next big thing or maybe even a huge star or industry bigwig perform. The place is tiny, and it’s usually packed now that it’s been featured on the show Nashville. If you can’t get a reservation, you might be able to squeeze into the back.

The Skillery: This maker haven not only has co-working space (with a super cool vibe, might we add), but they offer classes — for fun and for entrepreneurs. Sign up for lessons in website design, photography, branding, crafting, legal consultations, letterpress printing and more. Everyone involved is super well connected and totally willing to help advise and inspire the next generation of creative geniuses.

Douglas Corner Cafe: Seriously, while you’re in Nashville, you really should check out the music scene. This legendary venue hosts open mic nights, release parties and shows by artists on the rise. The atmosphere is all Nashville, all the way. And, most importantly, the beer is cheap and cold.

Fort Houston: Whether you’re a member here, or you just want to learn something new at one of their many, varied classes, Fort Houston is all about creating something new. Members get access to either a desk, the mechanical shop, the print shop or the wood shop, and the chance to meet people who share their passions. You don’t have to be a member to take a class though, which is perfect if you’re just curious about dabbling in glassblowing, silkscreening, 3D printing, and more.

Have you checked out Nashville’s growing makers scene lately? Sing the praises of Music City in our comments!