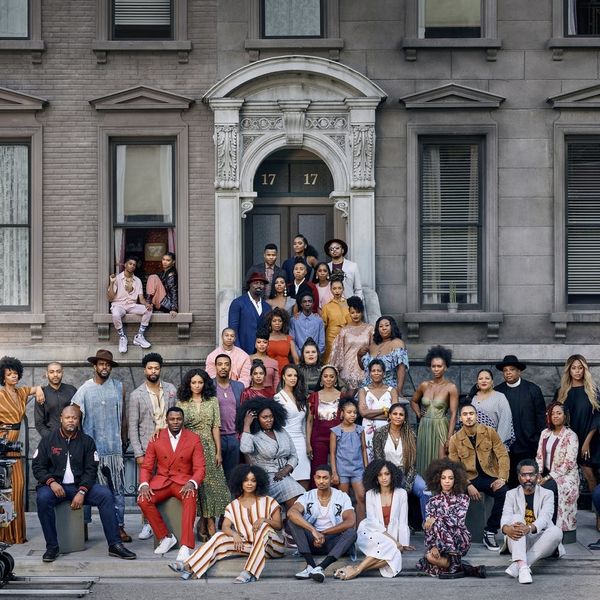 Netflix is putting strong Black leads front and center in a new ad that first aired during Sunday’s BET Awards. The spot, “A Great Day in Hollywood,” was inspired by the iconic jazz portrait “A Great Day in Harlem,” which featured 57 jazz musicians, including legends such as Count Basie and Thelonious Monk. Netflix’s version of the photo showcases 47 Black actors and creatives from some of the streaming service’s many original series and films, in celebration of its new Strong Black Lead initiative.

“A Great Day in Hollywood” includes filmmakers Ava DuVernay and Spike Lee, Emmy-winning writer Lena Waithe, and stars from Luke Cage and Orange Is the New Black, among others. Stranger Things star Caleb McLaughlin plays the role of narrator.

“We’re not a genre, because there’s no one way to be Black,” McLaughlin says in the video. “We’re writing while Black, nuanced and complex, resilient and strong. This is not a moment, this is a movement. We are strong Black leaders. Today is a great day in Hollywood.”

Strong Black Lead was created by Netflix executives in order to directly connect with Black audiences. “Strong Black Lead is relatable and real, always unapologetically Black, and assumes context and knowledge so that content doesn’t need to be watered down,” Maya Watson Banks, the streamer’s director of brand and editorial, told The Los Angeles Times Monday.

Through various social media platforms (@StrongBlackLead), Netflix hopes to engage Black audiences with the content available to them starring or created by Black talent. “There’s an actual group of Strong Black Leads behind this work at Netflix, and it’s important that people see and feel that,” Watson Banks explained to the LA Times.

What do you think of Netflix’s “A Great Day in Hollywood” ad? Let us know @BritandCo!

Kat Armstrong
Kat has been a writer, social media maven and mom for longer than she's willing to admit. She's also spent time in front of and behind the camera, interviewing celebs, politicians and acting as a producer for fashion and artistic photography shoots. When she isn't writing for various orgs and publications, she's hanging with her kids, husband and French Bulldog, Peter, in Toronto, Canada.
Netflix
Pop Culture
Netflix Streaming
More From Pop Culture