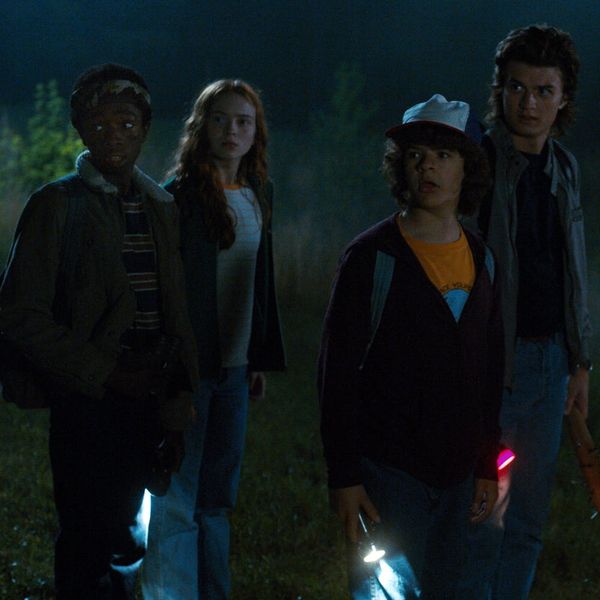 It’s back to business in Hawkins! Netflix announced on Friday that production on Stranger Things season 3 is officially underway, and the announcement came with a behind-the-scenes sneak peek.

The teaser is a minute-and-a-half look at the cast coming back together to start reading the scripts for the new season. It doesn’t show us any recaps, or any peeks at plot lines or set design, and yet we can’t help but freak out a little, because the gang is back together again.

In the video, series stars Finn Wolfhard, Millie Bobby Brown, Gaten Matarazzo, Caleb McLaughlin, Joe Kerry, maybe-IRL couple Natalia Dyer and Charlie Heaton, Winona Ryder, and David Harbour’s names all appear on placards as the camera captures them assembling to get to work. Another familiar face makes a memorable appearance in the short teaser, too: Lucas Sinclair’s little sister, Erica, played by Priah Ferguson, charmed fans with her sassy quips in season 2, and as the clip comes to a close, she pushes the camera away from her as she says, “Get out of here, nerds!”

Ferguson will have an expanded role in season 3, and she’ll be joined by some new faces: Maya Hawke (daughter of Uma Thurman and Ethan Hawke) will play a cool new girl in town, Cary Elwes will play Hawkins’ crooked Mayor Kline, and Jake Busey will come on board as a journalist with The Hawkins Post.

So far, no release date has been set for Stranger Things season 3 — but based on the details about all the switch-ups that are set to take place, we already can’t wait.

Did this Stranger Things season 3 teaser get you excited? Let us know @BritandCo!