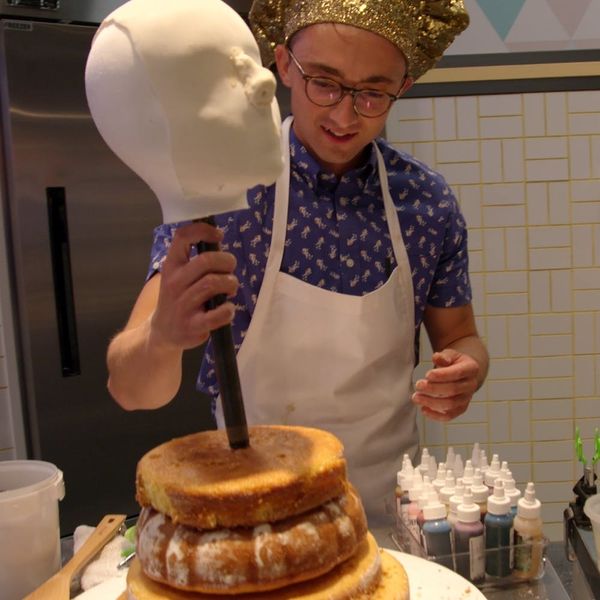 Confession: We LOVE baking. Whether we’re perusing Instagram for some new recipes (oh hey, chocolate chunk shortbread cookies!) or taking notes from a superstar chef (have you read Ina Garten’s top tips?) we’re always trying to take our kitchen game up a notch. Yet, sometimes… the opposite happens. Fails are inevitable for even the best bakers, and that’s exactly what Netflix’s new show, Nailed It!, is all about.

The funny, light-hearted series brings together some of the worst bakers in the country to compete for the chance to win $10,000.

Described as “part reality contest, part hot mess,” Nailed It! (which premiered on March 9), is hosted by comedian Nicole Byer and master pastry chef Jacques Torres. There’s currently six half-hour episodes for you to binge as you peep baking wannabes with less-than-perfect track records attempt to recreate some of the prettiest and most challenging treats imaginable.

From classics, like a three-tiered wedding cake, to more outrageous creations, including a chocolate-filled hot tub and an edible bust of Donald Trump (!!), the contestants really have their work cut out for them — all the better to make for some epic (and hilarious!) fails.

Hey, at the end of the day, it’s all about having fun in the kitchen, right?

Check out the trailer in full below.

Will you be streaming Nailed It!? Tweet us @BritandCo.