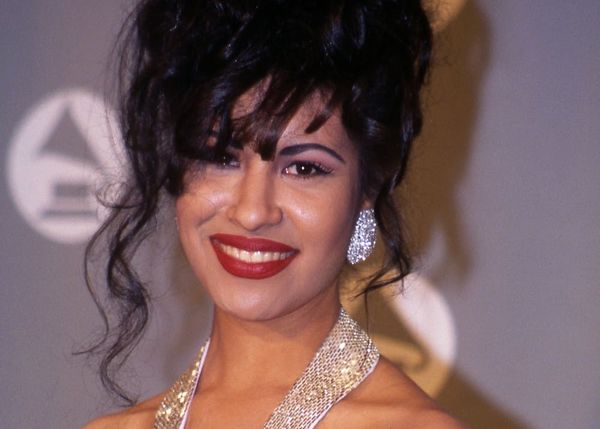 Back in January, ABC announced plans for a new show inspired by the life of the late Tejano music singer Selena Quintanilla. And on Tuesday, December 11, Netflix followed suit by giving the go-ahead to their own scripted series about the beloved performer.

Quintanilla was just 23 years old and on the verge of crossing over into the mainstream music industry — having already sold more than 60 million albums worldwide — when she was shot and killed by the president of her fan club in 1995. Two years later, in 1997, Jennifer Lopez starred in a film about the singer’s too-short life, which earned Lopez a Golden Globe nomination for Best Actress in a Motion Picture, Musical or Comedy.

According to a press release about the Netflix series, the show will be a “coming-of-age story” about “all the heart-wrenching and life-changing choices [Selena] and her family have to make as they navigate success, family, and music.”

Her family won’t just be a big part of the story on-screen, though. They’re serving as executive producers on the series. “Selena will always have a lasting place in music history and we feel great responsibility to do justice to her memory,” Selena’s sister Suzette Quintanilla said in the press release. “With this series, viewers will finally get the full history of Selena, our family, and the impact she has had on all of our lives. We are excited to partner with Campanario and Netflix to give fans a never-before-seen glimpse at our story and highlight why Selena will remain a legend for generations to come.”

Jaime Dávila, president of Campanario Entertainment, which will produce the show, further emphasized the show’s significance. “Selena and the entire Quintanilla family are an inspiration to many and especially to me, a millennial of the same heritage,” Dávila said in a statement. “Selena’s career achievements are legendary, but our scripted series will focus on the incredible story of a Mexican-American family and how an extraordinary young woman transcended categories and borders to become a global star. I can’t imagine a better partner than Netflix to celebrate Selena and her family’s lives.”

Do you still listen to Selena’s music? Tell us which one of her songs is your favorite @BritandCo.

Desiree O
Desirée O is a ‘Professional Bohemian’ who loves anything and everything related to the arts, entertainment, and pop culture. She ADORES being a ‘Newsy’ for Brit + Co, covering all of the latest tidbits of awesomeness that you want to read about. When she’s not writing, she’s either making messy art, going on long adventurous walks with her camera, or poking around over at bohemianizm (http://www.bohemianizm.com/). You can find out about Desirée O and her work at http://DesireeO.com/ or follow her on Twitter @DesireeO.
Music
Streaming
Music Netflix TV