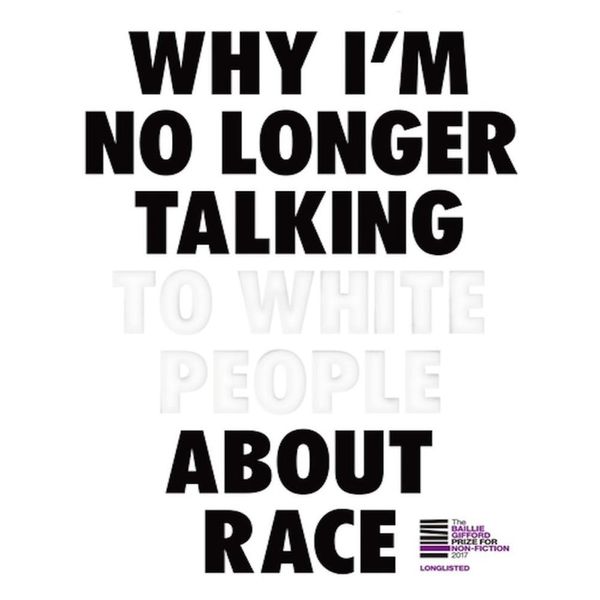 TIME Magazine just released their “Person of the Year” issue, awarding the title to some pretty awesome women who revolutionized the way we talk about and believe sexual harassment. Want to read about some more revolutionary women? You’re in luck, because this week’s book club comes stuffed with new releases about women who have created — or are creating — great change in the way the world works. If you’re feeling burnt out, get revved up with these stories.

As we’ve seen this year, talking (or not talking) about certain vital issues can be a revolutionary act. Eddo-Lodge, a London journalist, made major waves in 2014 with a viral blog post of the same title as her new book. Eddo-Lodge was fed up with the way conversations about race were being led and dismissed by the very people who were causing the issues in the first place, and the people who were the least affected by them. “I’m no longer engaging with white people on the topic of race,” she wrote. “Not all white people, just the vast majority who refuse to accept the legitimacy of structural racism and its symptoms. I can no longer engage with the gulf of an emotional disconnect that white people display when a person of colour articulates their experience.”

<em>Goddess of Anarchy: The Life and Times of Lucy Parsons, American Radical</em>

Parsons’ long life, spanning from 1851 to 1942, was a turbulent one, much like the times she lived in. “Public speaker, editor, free-speech activist, essayist, fiction writer, publisher, and political commentator, Parsons was one of only a handful of women in her day, and virtually the only person of African descent, apart from Frederick Douglass, to speak regularly to large audiences… She was a courageous advocate of First Amendment rights, notable for her confrontational tactics and what many considered her shocking language in pursuit of those rights.” Parsons’ outspoken nature belied the fact that very few knew any details about her personal life… until now.

If you don’t know Ada Lovelace, you really should, because you’re probably reading this on some kind of computer. Lovelace was the first person to think up the idea of computer programming, based on the mechanics of looms. However, instead of fame and fortune for this revolutionary thought, she joined the line of women deliberately overlooked and forgotten for their achievements. Jennifer Chiaverini, author of Mrs. Lincoln’s Dressmaker, seeks to rectify this with a new historical novel purporting to be Ada’s memoir, with chapter titles via the poetry of her father, Lord Byron.
Ilana Lucas
Ilana is an English professor, theatre consultant and playwright based in Toronto, Canada. When she’s not at the theatre or insisting that literary criticism can be fun, she’s singing a cappella or Mozart, occasionally harmonizing with the symphony, or playing “Under Pressure” with her rock handbell group, Pavlov’s Dogs.
Book Club
Creativity
Book Club Books
More From Creativity