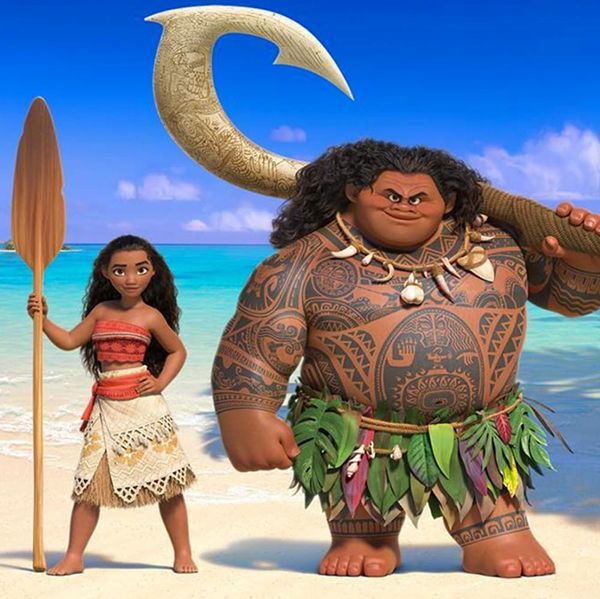 With the recent reveal of the much-anticipated Finding Dory trailer, we’re finding ourselves fangirling over all things Disney even more than normal. There are about to be TONS of Disney movies available on Netflix, but there’s something special about seeing the newest animated masterpiece on the big screen. One upcoming flick we’re not-so-patiently waiting for: Moana.

The newest animated feature from Disney features Dwayne Johnson (AKA The Rock) as a demigod who helps Moana, the only daughter of a chief in a long line of navigators, sail to an island to help her family. The new movie poster (pictured above) was just shared by The Rock via his Instagram this morning.

A photo posted by Walt Disney Animation Studios (@disneyanimation) on Oct 7, 2015 at 8:59am PDT

He writes, “EXCLUSIVE: Here’s the first look at the incredible @DisneyAnimation movie we’ve been working very hard to bring to life for the world to enjoy. It’s a visual and singing journey unlike anything you have ever seen before.” The Rock also says to check back on his account on Sunday to watch the teaser trailer for the film, which comes out November 23.

Cortney Clift
Cortney is the senior writer and special projects editor at Brit + Co. She typically covers topics related to women's issues, politics, and lifestyle. When she's not buried behind her computer you'll find her exploring New York City or planning her next big adventure.
Disney
Entertainment
Disney