Nick Jonas Gets Candid About His Engagement to Priyanka Chopra 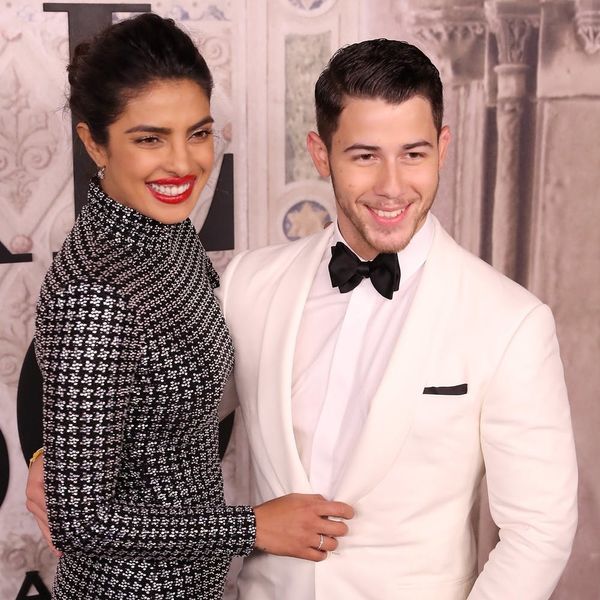 It’s been several weeks since Nick Jonas and Priyanka Chopra confirmed their engagement, and we’re finally getting some insight into their traditional engagement ceremony, which took place in Mumbai, as well as how the pair first met, directly from the groom-to-be.

Sitting down with Jimmy Fallon on Friday, September 7, the 25-year-old singer opened up about his whirlwind romance with the Quantico star, who was watching the interview from the audience. Calling Chopra “the best,” Jonas explained the meaning behind their traditional Roka ceremony in his fiancée’s native India.

“It’s a confirmation from both sides of the family that they approve of the engagement,” he revealed. “There’s some beautiful prayers and a connection just for the family to have a chance to meet and hang out and get to know each other and it’s really incredible. We both left that ceremony so full of joy.”

“For she and I, I think it was just nice to be able to have that time with the family first and that private moment and be able to share it with the world afterwards,” he added. “It’s funny — we had this beautiful ceremony and we felt so connected, our families all met, it was spiritual, and then we put it on Instagram and we were like, ‘Oh my God! It’s official!'”

Fallon also got the “Chains” crooner to take a walk down memory lane and share how the pair’s love first came to be. “We met through a friend, so we got connected first through text,” Jonas began. “It was about six months before we met up in person.” They then hit the Met Gala red carpet in 2017 — “as friends” — and didn’t reconnect until five months ago. Then, “it was kind of immediate. I think we just knew it was right and jumped right in and we’re very happy.”