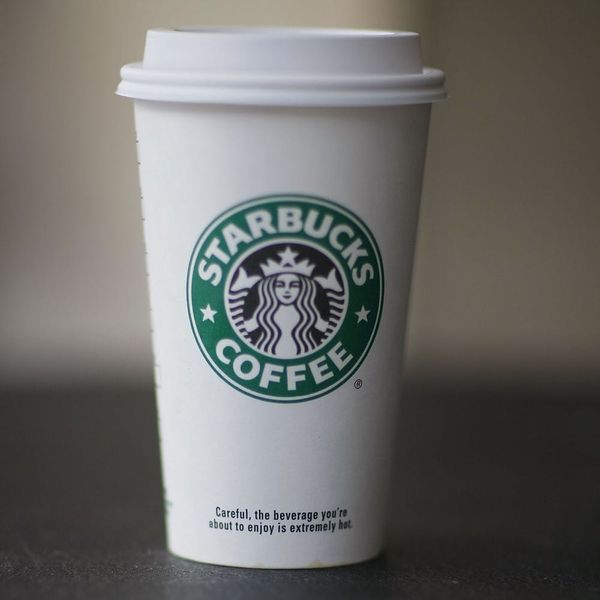 For many people, Starbucks is a spot to grab a quick cup of coffee before work or a place to hang out with friends for a bit over the weekend. But for two Black men who were waiting for a friend inside a Philadelphia Starbucks last week, it was a place they were profiled and arrested while just sitting in the store. In response, many are calling for a boycott of Starbucks in protest of the men’s allegedly racially motivated mistreatment.

@Starbucks The police were called because these men hadn’t ordered anything. They were waiting for a friend to show up, who did as they were taken out in handcuffs for doing nothing. All the other white ppl are wondering why it’s never happened to us when we do the same thing. pic.twitter.com/0U4Pzs55Ci

The arrests went viral on social media over the weekend after author Melissa DePino posted a video of the arrests to Twitter on Thursday. Tagging Starbucks, DePino shared a video and wrote, “The police were called because these men hadn’t ordered anything. They were waiting for a friend to show up, who did as they were taken out in handcuffs for doing nothing. All the other white ppl are wondering why it’s never happened to us when we do the same thing.”

Several officers can be seen surrounding and handcuffing the two men as the friend they had been waiting for asks why they were being arrested. “What did they do?” he asks the officers. Another customer can be heard off-camera saying, “They didn’t do anything.” Many people have noted on social media that Starbucks is a common hangout and that it’s not at all unusual for people to sit down in a cafe without ordering right away.

It turns out that the store’s manager was the one who called the police on the men who, again, were doing nothing but sitting at a table. Starbucks posted an apology to Twitter over the weekend, and Starbucks CEO Kevin Johnson also apologized on Monday, according to Philly.com. CNN Money reports that the two men who were arrested have agreed to meet with Johnson to discuss the wrongful arrest. But the “sorry”s are not enough for many, who are now planning to boycott Starbucks.

We apologize to the two individuals and our customers for what took place at our Philadelphia store on Thursday. pic.twitter.com/suUsytXHks

As DePino’s video spread online, so did feelings of pain and outrage over the injustice that is so plainly on display. As a result, many people began calling for a boycott of Starbucks. Some Black Twitter users also shared information aboutBblack-owned cafes and coffee and tea companies that coffee drinkers can support instead of Starbucks.

I guess I should share my announcement with y’all. On Wednesday, i will be officially opening my own coffee place inside Circle Centre. Been working on this since last month. Looking forward to your business…coffee is locally made. #BoycottStarbucks

47 Black Owned Coffee and Tea Businesses That are Great Alternatives to Starbucks https://t.co/3Z3DkcWOPx

As a result of both online calls for a boycott and a protest in the Starbucks where the arrest occurred, the company has not only apologized, but the manager of the cafe where the two men were arrested left his job. The manager’s decision to leave was “mutual” with the company, according to Philly.com.

Local organizers and activists in Philadelphia are connecting the arrests to a broader problem of racist stop-and-frisk policies in the city. One of the banners displayed by protesters at a protest on Monday said “End Stop And Frisk.” Demonstrators also chanted, “A whole lot of racism, a whole lot of crap, Starbucks coffee is anti-black,” USA Today reports.

At the Starbucks protest. The entire shop is filled with activists. The speaker here is emphasizing the problem of stop-and-frisk in #Philly is one of the sources of tension between the police and communities. #WaitingWhileBlack pic.twitter.com/1k8JHySjmS

Stop-and-frisk policies enable police officers to detain and search individuals on the street for basically any reason, or no reason at all. Stop-and-frisk practices have been widelycriticized for years because, regardless of the city, police officers target people of color — and Black people in particular. Philly.com reported in 2017 that Black neighborhoods in Philadelphia are disproportionately targeted by police officers for stop-and-frisks.

Given that police officers also disproportionately use force against, and kill, Black people, concerns over the safety of Black people in public spaces is completely warranted. The two men who were doing nothing other than waiting for a friend were not posing a threat to anyone, yet were arrested and walked out of Starbucks in handcuffs, anyways. Through demonstrations and boycotts, activists are calling more attention to the ways Black people are unfairly targeted not just by police, but everyday people like the manager at Starbucks.

Elizabeth King
Elizabeth King is a politics, history, and culture writer based in the Twin Cities. She is generally pretty cranky but still enjoys traveling, music from the early 2000's, and plotting the resistance. Feel free to say hi on Twitter at @ekingc or check out some of her work at www.elizabethcking.com.
Controversy
Current Events
Controversy Starbucks
More From Current Events