WTF?! 13 Shocking Photoshop Fails You Need to See to Believe 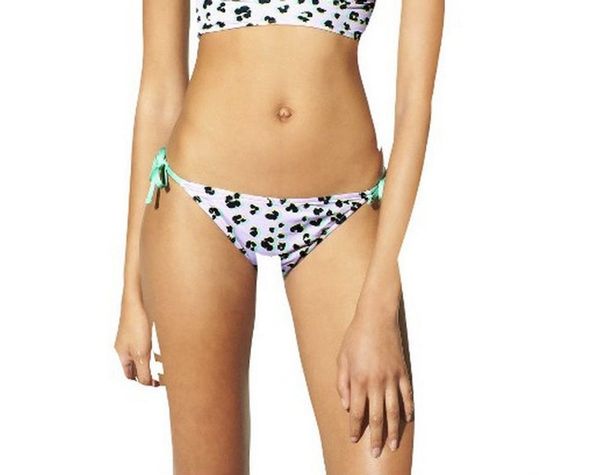 Over the past few years, Photoshop hack jobs have made headlines, making some believe that the .psd file format should actually stand for Photoshop Disaster. A couple extra swipes of the brush tool or a few excessive clicks of the blur tool could turn any woman from beautiful to blasphemous. Need some evidence? After seeing these 13 Photoshop fails, you’ll know exactly why they had the Internet buzzing. Oh, and if you want to avoid some editing disasters of your own, sign up for Brit + Co’s Skillshare Introduction to Photoshop class!

1. Pretty Little Liars GQ Spread: Got a secret, ladies? The actresses didn’t shy away from admitting that their June 2014 feature was enhanced — and they weren’t too thrilled about it. Troian Bellisario took to Instagram by saying, “My hips and thighs are a part of me (even though they magically weren’t in some shots)!” (via TIME)

2. Kerry Washington’s Lucky Magazine Cover: It’s ironic that the headline “Perfect, Glowy Skin” is next to a pretty bad Photoshop job on Scandal star, Kerry Washington’s face (which is actually flawless IRL). Someone should call Olivia Pope to handle this one. (via Poshglam)

3. Target Swimsuit Product Shot: Target messed up not one, but two bathing suit product shots. In both, the model’s crotch is missing. We repeat: the model’s crotch is MISSING! And that’s not the only blunder. These errors got so much attention that Ellen DeGeneres had the model (and her extra long arms) on her show. (via Jezebel)

5. Lady Gaga Vogue Cover: Sure, the Marc Jacobs origami dress that Mother Monster is wearing is to die for, but a behind-the-scenes video confirmed that her September 2012 Vogue cover was one big Photoshop illusion. (via Refinery29)

7. The Heat Movie Poster: Holy airbrushing! Literally every one of Melissa McCarthy’s pores went missing. (via The Huffington Post)

9. J.Crew Childrens Ad: This ad gives a new meaning to the phrase, “it’ll cost you an arm and a leg.” (via Photoshop Disasters)

10. Beyonce’s Instagram Post: Leave it to Queen Bey to create a social media frenzy over golfing photos. Many people speculated that her seemingly slimmer thighs in the right image are a result of Photoshopping. (via New York Daily News)

11. Prince George on the Cover of Us Weekly: Commoners and royals alike were up in arms when the May 5, 2014 cover of Us Weekly featured an enhanced image of Prince George. Unlike the photos inside the issue, the adorable heir had greener eyes, rosier cheeks and a more prominent strawberry blonde hair color. Us Weekly said they did an “overall color shift for printing purposes.” As if this kid needed to be any cuter. (via Business Insider)

12. Huggies Little Swimmers Package: This baby is a few tentacles away from being a full-fledged octopus. Where is the parent’s other arm? (via Photoshop Disasters)

13. LOFT Bikini Ad: We’re not sure what’s worse: the insanely long torso, the imbalanced hips or the missing belly button. It’s got to be the hips: below her hand, there’s a hip. Above her hand, there’s empty space! Either way, LOFT tried to cover their tracks by saying, “The photo in question was actually only minimally retouched to remove a tattoo.” Uh huh, sure… we can still see that tattoo, by the way. (via E! News)

Which Photoshop disaster do you think is the worst? Should there be a limit on how much Photoshopping is done to an image? Let us know your thoughts in the comments below!

Kim Messina
Kim was born and raised in New Jersey. The true definition of a “fan girl,” her friends make fun of her because she speaks in teen. But she’s okay with that because boy bands are her Kryptonite. On a typical night you can find her reciting lines to a Full House rerun and testing her latest baking experiment.
Photoshop
Tech
Photoshop Workspace
More From Tech