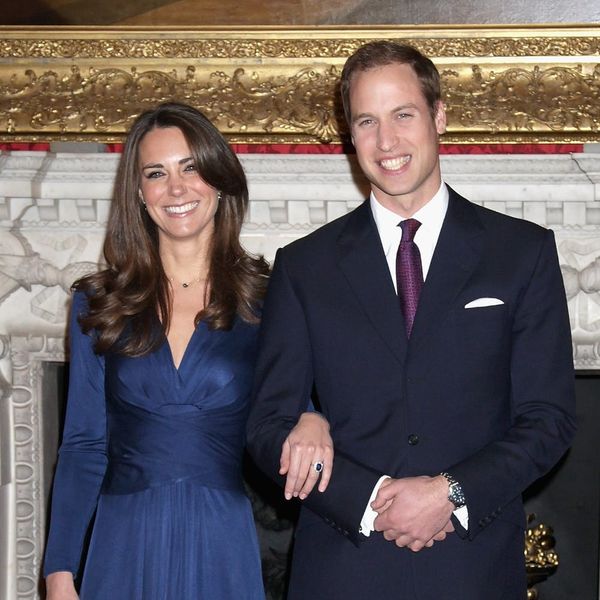 William may be Kate Middleton’s IRL Disney-like Prince Charming, but that doesn’t mean things are always picture perfect in their lives. For instance, despite his engagement to Kate appearing to be an absolute dream-come-true (and surely it was for the duo), Wills just revealed a totally surprising deet about his proposal to the now-Duchess.

While William and Kate have now been married for five years and have two super adorable children together, the prince didn’t exactly have things all sorted out back in the day.

According to Marie Claire, while chatting with CNN, William first explained, “I regularly daydream. Africa is definitely one of the places I go to. It does completely settle me down. [Kate] understands what it means to me being in Africa, and my love of conservation.” Makes sense. But what does that have to do with his proposal?

Well, he revealed, “I didn’t really plan it that far in advance.” That’s right, it may have been one of the most anticipated engagements of our generation, but the prince didn’t even have it planned out. In fact, he kinda just winged the entire sitch.

He continued, “I just knew I wanted it to feel comfortable where I did it and I wanted it to mean something, other than just the act of getting engaged.” That’s why he chose to propose while they were on a trip to Africa, somewhere very special to William.

Perhaps the fact that even William didn’t know when it would happen threw Kate off, as she told ITV News, “We were out there with friends, so I really didn’t expect it at all. It was a total shock when it came. Very excited!”

Thank goodness it all worked out and now they’re living happily-ever-after.

Was your proposal totally planned or did you/your partner just wing it? Tweet us @BritandCo!

Desiree O
Desirée O is a ‘Professional Bohemian’ who loves anything and everything related to the arts, entertainment, and pop culture. She ADORES being a ‘Newsy’ for Brit + Co, covering all of the latest tidbits of awesomeness that you want to read about. When she’s not writing, she’s either making messy art, going on long adventurous walks with her camera, or poking around over at bohemianizm (http://www.bohemianizm.com/). You can find out about Desirée O and her work at http://DesireeO.com/ or follow her on Twitter @DesireeO.
Kate Middleton
Celebrity News
Kate Middleton Royal Family