This Is the Easiest Way to Order Pizza EVER 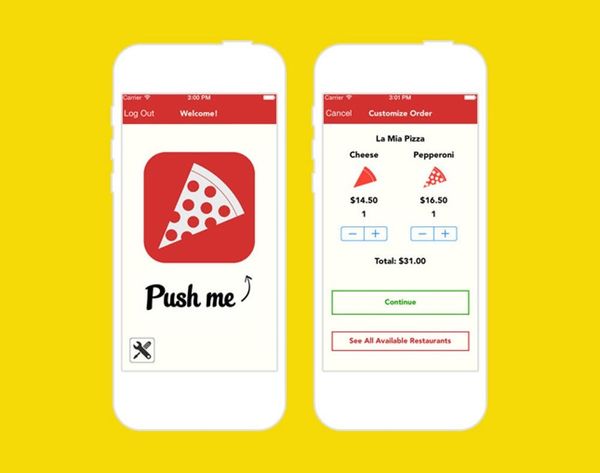 Leave it to five teenagers (and one person providing “adult supervision”) to master ordering pizza in 2014. Push for Pizza was announced this week, and it takes nearly all of the work out of ordering a hot pie. It also takes out almost all of the human interaction, barring actually receiving said pizza from the hands of a delivery guy… although with Domino’s drones supposedly in the works, maybe we’re finally entering the futuristic chrome Pizzaverse we’ve all drunkenly discussed.

Considering how much Silicon Valley innovation has been fueled by junk food over the decades, it’s surprising no one has taken a crack at pizza delivery like these kids did.

The app’s name pretty much explains it all. With a few taps of your thumb, Push for Pizza finds the nearest pizza joint, places your order and charges your credit card (including tip), all without a late-night run. It’s a lot like Yo, the one tap, one word sending app. But, again, for pizza. (You got that part, right?!) For now, it’s only available on iOS, and yes, it’s free.

Push for Pizza comes as our sharing economy and online delivery worlds are colliding and exploding — order a car on Uber, a home on Airbnb, and everything from fresh laundry to groceries right to your doorstep. As much as we like a ride now and then, Push for Pizza might be the most useful app we have downloaded to date.

What would you like to be able to order with just one tap on an app? Would you try Push for Pizza? Fill us in below!