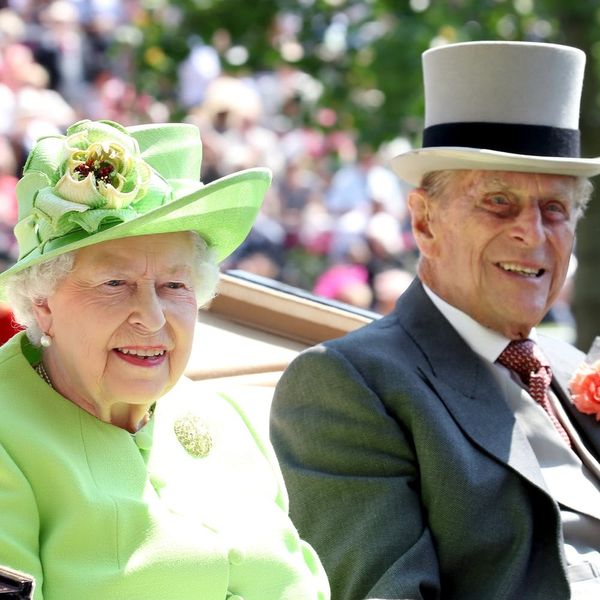 Royal watchers were in for a bit of a surprise this morning when Prince William and Duchess Kate announced the guest list for the private christening of Prince Louis at the Chapel Royal at St. James’s Palace: Although all four of the little one’s grandparents will be in attendance, his great-grandmother Queen Elizabeth II and her husband, Prince Philip, are missing from the list.

According to the Press Association, the decision was made “some time ago,” and was mutually agreed upon by Prince William and his 92-year-old grandmother. The queen is reportedly traveling back to London from her country home in Sandringham, Norfolk, and has a hectic work week ahead of her. Although some fans of the royals were concerned that her absence had something to do with her health — she canceled an event two weeks ago due to illness — Buckingham Palace told the PA that “the decision was not made on health grounds.”

Those attending the christening include newlyweds Prince Harry and Meghan Markle, Prince Charles and Camilla, Duchess of Cornwall, and Kate’s family, parents Michael and Carole Middleton and siblings James and Pippa (who is pregnant with her first child with her husband James Matthews).

Kat Armstrong
Kat has been a writer, social media maven and mom for longer than she's willing to admit. She's also spent time in front of and behind the camera, interviewing celebs, politicians and acting as a producer for fashion and artistic photography shoots. When she isn't writing for various orgs and publications, she's hanging with her kids, husband and French Bulldog, Peter, in Toronto, Canada.
Royal Baby
Pop Culture
Royal Baby Royal Family