The ‘Queer Eye’ Guys Are Leaving Atlanta for Season 3 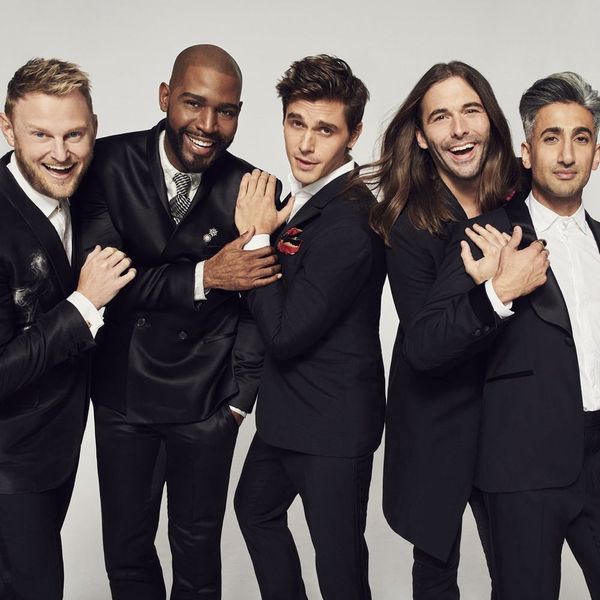 Who gave them permission? One day after Queer Eye was nominated for four Emmy Awards, Netflix announced that it’s renewing the show for a third season.

The news came via Queer Eye‘s Instagram account, which posted an animated teaser video to celebrate the news. “Get in, henny! We’re taking a road trip. Are you ready for Season 3?” the caption read. “Kansas City, Missouri HERE. WE. COME.”

The video doesn’t feature any new footage of the group, but the group dynamic is alive and well in the audio. “Jesus take the wheel,” Brown jokes, to which long-haired Van Ness responds, “Got it!” Porowski seems a little unsure of his pal’s driving skills, though, shouting, “You’re not in a lane! You’re not in a lane!” And from the sounds of it, they go over a curb before someone declares, “We’re alive. We’re alive.”

Production is set to start on July 16, but season 3 won’t premiere until 2019, which gives you plenty of time to rewatch the first two seasons and relive Tom Jackson and Abby Parr‘s romantic reunion and AJ Brown’s emotional coming out. You can also watch William Mahnken propose to his girlfriend (now wife!) Shannan Eller.

The guys also popped up on a crossover episode of Netflix’s baking competition series Nailed It!, which saw host Nicole Byer challenge the men to make fondant replica cupcakes of themselves. Their culinary skills are questionable, but their love for each other (and our love for them) is not.

The first two seasons of Queer Eye are streaming on Netflix now.

Are you happy that Queer Eye is getting a third season? Let us know @BritandCo!