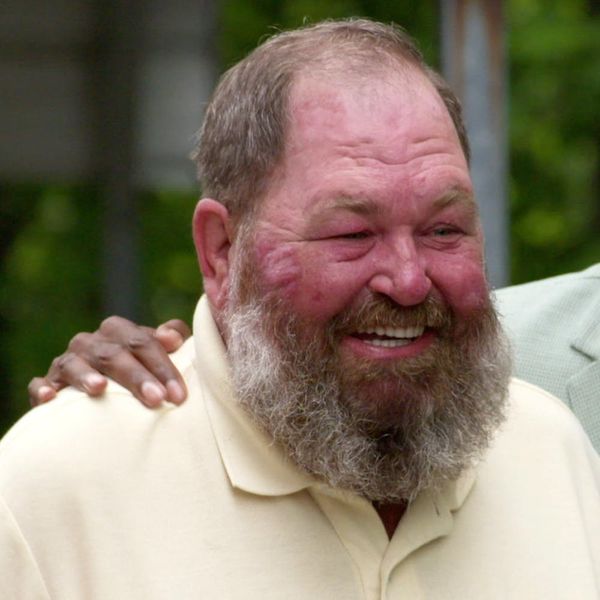 Queer Eye‘s Tom Jackson just added another chapter to his success story. Almost two months after he announced his engagement to ex-wife Abby Parr, the couple have shared the happy news that they’re officially remarried — and have been for a while!

The fan-favorite pair decided to elope on Sunday, March 27. They said “I do” in a private wedding at the Chapel at the Park in Gatlinburg, Tennessee. “The best part of the day was during the ceremony as we stood before the minister, both of us excited and happy to be recommitting ourselves to each other in marriage,” the newlyweds told Us Weekly.

Despite Jackson’s tweet suggesting that the Fab Five plan and attend the wedding for a Netflix special, it doesn’t look like Jonathan Van Ness, Antoni Porowski, Tan France, Karamo Brown, or Bobby Berk were present. However, Jackson put their expertise to good use on the big day. According to Us Weekly, not only did he wear a suit that had been tailored during his appearance on the Netflix hit, but he also opted for a shirt given to him by France.

When the pair first announced their engagement, Parr told Us Weekly, “Thomas and I, we have never really been apart, apart. We have been best friends for 12 years and we have known each other for 12 years. We have always loved each other, that never stopped, whether we were together or not.”

Which episode of Queer Eye is your favorite? Let us know @BritandCo!

Desiree O
Desirée O is a ‘Professional Bohemian’ who loves anything and everything related to the arts, entertainment, and pop culture. She ADORES being a ‘Newsy’ for Brit + Co, covering all of the latest tidbits of awesomeness that you want to read about. When she’s not writing, she’s either making messy art, going on long adventurous walks with her camera, or poking around over at bohemianizm (http://www.bohemianizm.com/). You can find out about Desirée O and her work at http://DesireeO.com/ or follow her on Twitter @DesireeO.
Netflix
Pop Culture
Netflix TV
More From Pop Culture