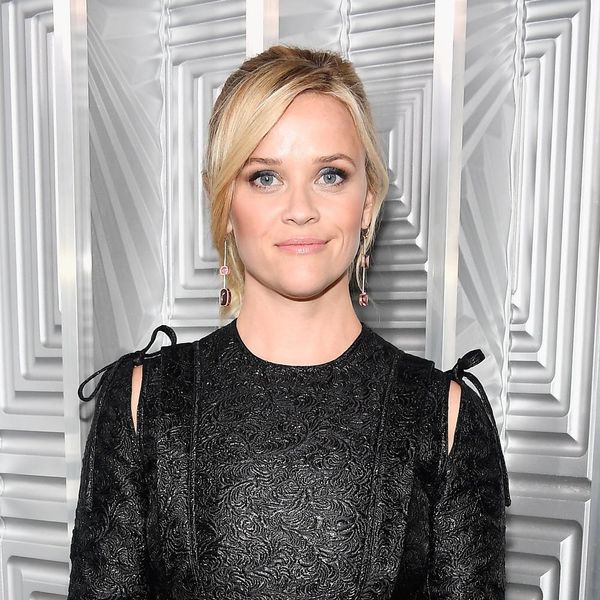 As Hollywood continues to deal with the Harvey Weinstein allegations and aftermath, women all over the world are speaking out about their own experiences with sexual assault and harassment through the “Me Too” hashtag on social media. Reese Witherspoon added her voice to the conversation on Monday night, when she revealed that she was sexually assaulted by a director when she was just 16 years old.

Witherspoon spoke about her experience at the Elle Women in Hollywood event sponsored by Calvin Klein and L’Oréal Paris on Monday night — the very same event where Jennifer Lawrence shared her own shocking story of sexual harassment in Hollywood.

“This has been a really hard week for women in Hollywood, for women all over the world, and a lot of situations and a lot of industries are forced to remember and relive a lot of ugly truths,” Witherspoon said, according to People. “I have my own experiences that have come back to me very vividly and I find it really hard to sleep, hard to think, hard to communicate a lot of the feelings that I’ve been having about anxiety, about being honest, the guilt for not speaking up earlier. [I feel] true disgust at the director who assaulted me when I was 16 years old and anger at the agents and the producers who made me feel that silence was a condition of my employment.”

The Oscar winner didn’t name the director, but she did say it wasn’t her only such experience: “I wish that I could tell you that was an isolated incident in my career, but sadly it wasn’t. I’ve had multiple experiences of harassment and sexual assault and I don’t speak about them very often.”

The Big Little Lies star decided it was time to tell her truth when other women began breaking their silence. “[A]fter hearing all the stories these past few days and hearing these brave women speak up tonight about things that we’re kind of told to sweep under the rug and not to talk about, it’s made me want to speak up and speak up loudly, because I actually felt less alone this week than I have ever felt in my entire career.”

She continued, “I have just spoken to so many actresses and writers, particularly women, who have had similar experiences, and many of them have bravely gone public with their stories. That truth is very encouraging to me and everyone out there in the world because you can only heal by telling the truth.”

According to People, the mother of three finished by saying, “I feel really, really encouraged that there will be a new normal. For the young women in this room, life is going to be different because we’re with you, we have your back. … It makes me so sad to talk about these issues, but I would be remiss not to.”

We’re sure many of Witherspoon’s fans can relate and appreciate the fact that she has chosen to speak out. And to echo something she said: Ladies, we’re with you.

What do you think about celebrities sharing their experiences with sexual harassment and assault? Let us know @BritandCo.