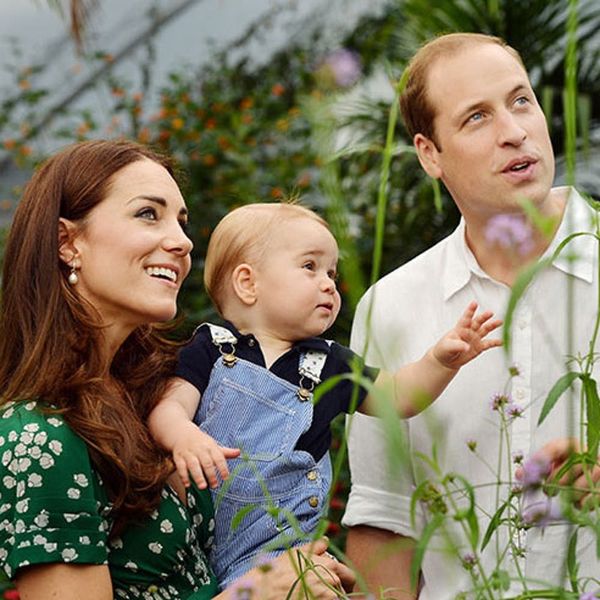 If you’ve been dedicating your life to following what the Royal Family is up to, it looks like your quest just got significantly easier. This morning, Kensington Palace set up a Twitter and Instagram account launched solely to provide updates and the whereabouts of Kate, William and Harry.

Since the birth of their Instagram this morning, they have posted two photos and gained 10,000 followers. Unfortunately, they have yet to follow anyone back. Keep up with those #followforfollow comments though, you never know.

The trio’s new Twitter feed (you used to be able to note their happenings on @ClarenceHouse) has been slightly more active, already sending out 21 tweets and gaining 61,000 followers. While we’re pretty sure these busy royals have someone doing all their social media-ing for them, Prince Harry does have some experience sending off successful tweets.

The first Instagram shot was of St. James’s Palace with a caption explaining that Prince Harry was presenting the first Coachcore program graduates with their certificates alongside NBA player, Carmelo Anthony. And in case you didn’t believe it, the second snap was a seriously cute shot of the prince standing on his tiptoes trying make himself look as tall as 7 foot NBA player Dikembe Mutombo.

While we’re pretty sure these accounts are mostly going to focus on their charity work with the Royal Foundation and public outings, what we’d really like to see are some behind-the-castle snaps. You know, like William and Harry enjoying a barbecue in their back garden with Grandma or some shots of baby George dressed to the nines. Actually @kensingtonroyal, if you want to set up an account solely dedicated to cute snaps of George we’d be cool with that.

What do you hope to see on the new royal social media accounts? Share your thoughts with us in the comments below.