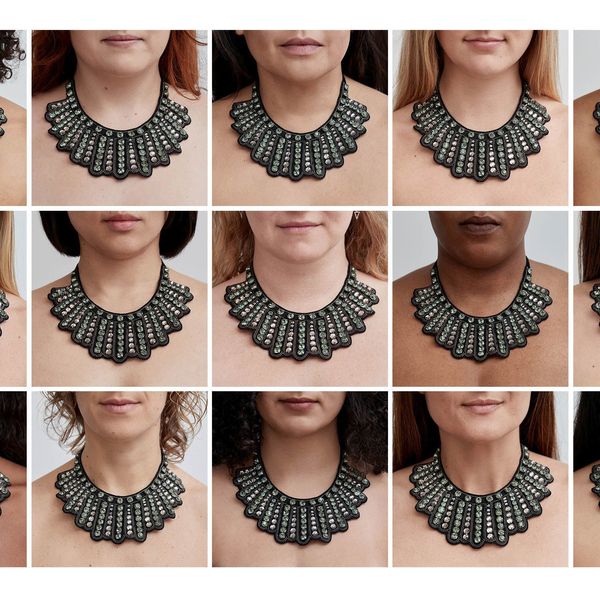 Over her 27-year service on the Supreme Court, Ruth Bader Ginsburg made a statement with her vote and her style. Her iconic necklaces and jabots were a symbol of dissent and approval (depending on which one she wore) and was a way for her to feminize the Supreme Court robe that had originally been designed for men. "You know, the standard robe is made for a man because it has a place for the shirt to show, and the tie. So Sandra Day O'Connor and I thought it would be appropriate if we included as part of our robe something typical of a woman. So I have many, many collars," Justice Ginsburg told the Washington Post in 2009. The NY Times recently described the accessory as a "gauntlet," that's how badass she was.

In fact, the day after Trump won the 2016 election, the late Justice Ginsburg wore what became known as the Dissent Collar, a Banana Republic necklace that she was given after she was named a Glamour Woman of the Year in 2012. She told Katie Couric in a 2014 interview "it looks fitting for dissent." The necklace sold out multiple times.

Banana Republic will be re-releasing the necklace, renamed the "Notorious Necklace," on BananaRepublic.com ($98), starting today. And 100 percent of the proceeds will be donated to the International Center For Research on Women, an organization dedicated to gender equality that awarded Justice Ginsburg the Champions for Change award for vision.