Sarah Hyland Is Sporting Wells Adams’ Initial on Her Necklace 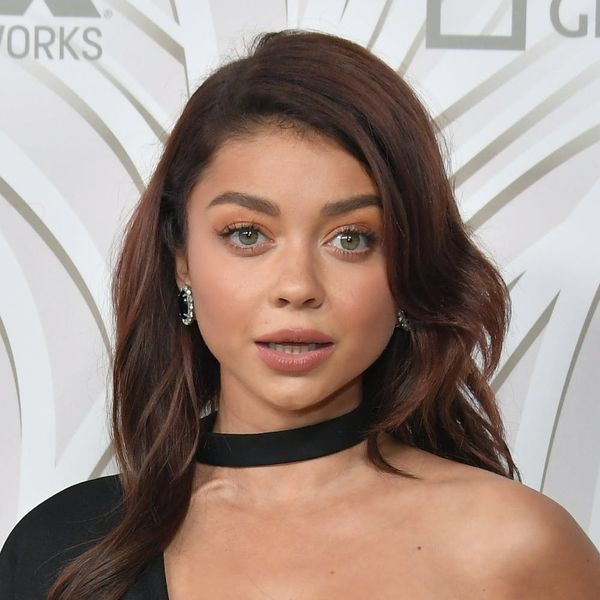 Sarah Hyland and Wells Adams have kept fans busy trying to guess their relationship status since Halloween, when they debuted coordinating Stranger Things costumes. Adams’ former love interest, Danielle Maltby, seemed to confirm things when she referred to them as a “couple” earlier this week, and now, Hyland has more or less made the announcement in a surprising way.

Taking to Instagram, the RL Haley Dunphy showed off matching initial necklaces with actress Ashley Newbrough, choosing a very prominent “W” to wear around her neck.

Call it what you want 😶 #notbecauseheownsme

And just In case there was any doubt about who exactly that “W” was for, the Candie’s creative director cleared it up by tagging her rumored man. Her caption was perhaps even more telling, with the 26-year-old referencing Taylor Swift’s new song, “Call It What You Want,” in which she sings, “‘Cause my baby’s fit like a daydream / Walking with his head down / I’m the one he’s walking to / So call it what you want yeah, call it what you want to.”

The XOXO star also seemed to address would-be critics, adding the hashtag, “#notbecauseheownsme.” We, for one, think it’s an absolutely adorable way to announce their relationship: Congratulations to the happy couple!

What do you think of Sarah’s fashionable display of affection? Tell us over @BritandCo.

Nicole Briese
Nicole is the weekend editor for Brit + Co who loves bringing you all the latest buzz. When she's not busy typing away into the wee hours, you can usually find her canoodling with her fur babies, rooting around in a bookstore, or rocking out at a concert of some sort (Guns N' Roses forever!). Check out all her latest musings and past work at nicolebjean.com.
Celebrities
Celeb Style
Celebrities Celebrity Couples Jewelry necklaces
More From Celeb Style