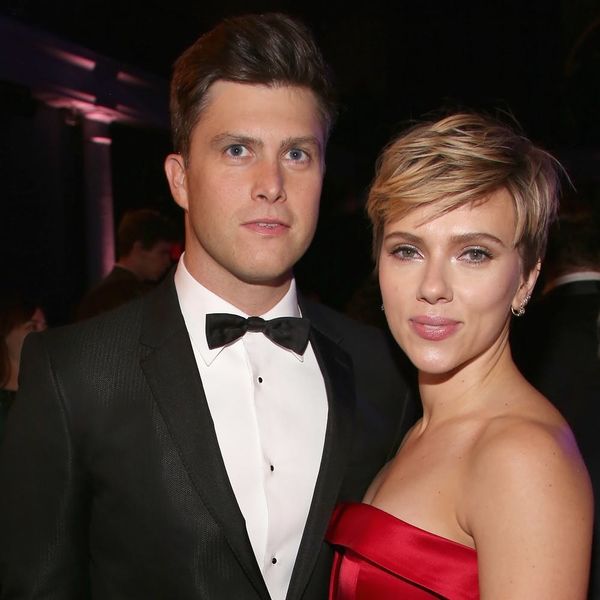 Scarlett Johansson and Colin Jost have been sparking romance buzz for months, and now they’ve finally stepped out for their first public appearance together — and they looked super snazzy doing it.

The 32-year-old actress and the 35-year-old comedian opted for a relatively low-key industry event to make their debut, popping up at the American Museum of Natural History Gala in New York City on Thursday. They walked the red carpet separately, but posed for pics together inside.

The Saturday Night Live funnyman looked rather dapper in a black tux and bow tie, but he couldn’t outdo the Avengers star, who looked absolutely stunning in a strapless, red, vintage Yves Saint Laurent gown that she matched with understated yet totally on-point makeup and her always perfectly stylish short hair.

The two stars were first linked back in May, when they were spotted kissing at the SNL season finale afterparty. They later spent some quality time together in the Hamptons over the Fourth of July weekend, which happened to be just one day after his birthday.

Johansson finalized her divorce from ex-husband Romain Dauriac (with whom she shares three-year-old daughter Rose Dorothy) in September, close to when Jost spoke about their relationship for the first time. “She’s pretty cool. … It’s hard to have a lot of complaints, she’s pretty awesome,” he said at the 2017 Emmy Awards, according to People. “I’m very happy. I feel very lucky.”

What do you think about Scarlett Johansson and Colin Jost as a couple? Let us know @BritandCo!