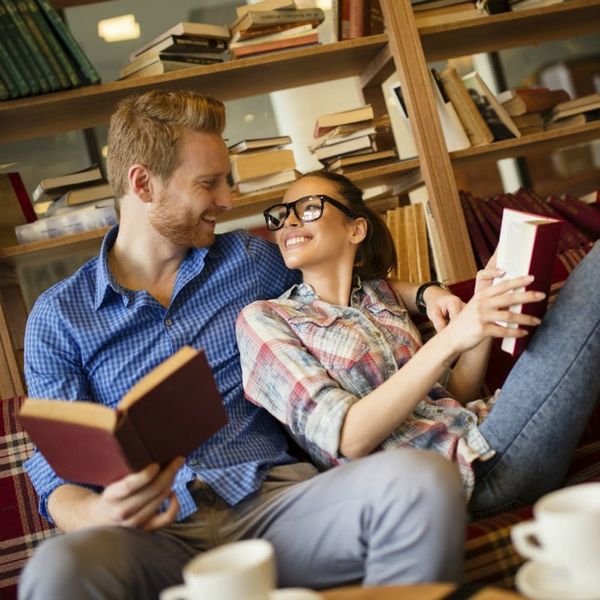 You’ve always found yourself attracted to the tallest person in the room, but your bestie’s been known to immediately start flirting with someone shorter and stockier. You love to bat your eyelashes at anyone with a few degrees to their name, but your friend isn’t overly impressed by a potential partner just because they have a fancy education. You’re drawn to insightful introverts, but your pal only goes for the life-of-the-party sort. Sound familiar? We’re talking about “types,” a concept which often seems as central to relationships as love itself.

According to a recent study from the University of California Davis, published in the Journal of Personality and Social Psychology, there’s some truth to the fact that during our search for romantic partners, we often gravitate toward people with similar attributes. So, at least in a few ways, you definitely DO have a “type.” The reason for this consistency in type, however, may have less to do with some innate attraction to those qualities and more to do with our circumstances — the schools we attend, the places we live, and the choices we make.

“In principle… individuals in most contemporary societies could form romantic relationships with a vast number of peers,” the study’s authors wrote. “But they will only ever meet a subset of those peers — a subset that historically has been circumscribed by a demographically specific local context.”

In other words, any one of us could theoretically fall in love with thousands of people who live halfway across the world from our home or who speak a different language than we do. Our romantic options are ultimately limited, though, by the circles we move in and the contexts in which we live our lives. That context plays a major role in developing what we know as our “type.” Basically, there are (mostly physical) qualities you’re inherently attracted to in people and others that are circumstantial.

The UC Davis study evaluated the extent to which its participants’ current and former romantic partners “clustered” (or showed similarities) on several attributes, including facial attractiveness, self-esteem, educational aspirations, intelligence, and sexual desirability. Generally speaking, results demonstrated that a single (heterosexual) person does tend to partner up with people who rank similarly on these metrics. Based on how we’ve always referred to romantic types, and the fact that your exes look pretty similar, this isn’t too surprising.

What is especially interesting is that when researchers controlled the study based on the subjects’ school or environment, the results changed. Suddenly, the scientific formulas being used to calculate the extent to which a person’s romantic partners shared a similar level of education or intelligence stopped handily proving our theories about types. So, what does this mean? Basically, our preferences on education and religion are a product of where we come from, where we go to school, and where we live. While it may seem like your attraction to tall, dark, and handsome is totally innate, the researchers believe it may actually be because not only are the most desirable traits different depending on location, but you may attract a certain type that varies by location, and being liked is so flattering it’s often reciprocated.

What do you think of romantic types? Tweet us @BritandCo!

Alli Hoff Kosik
Alli Hoff Kosik is a freelance writer who is passionate about reading, running, rainbow sprinkles, her lipstick collection, watching embarrassing reality TV, and drinking pink wine. She lives in Brooklyn with her husband and (in her dreams, at least) three golden retriever puppies. Listen to her talk books on The SSR Podcast.
Dating
Relationships
Dating Education study