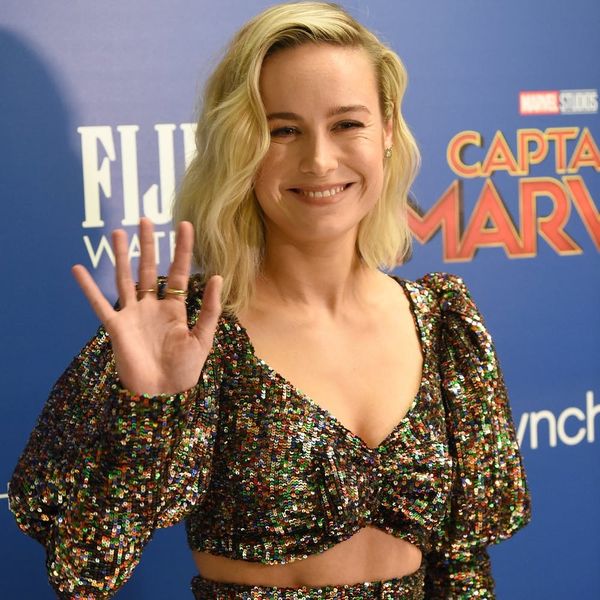 Brie Larson is still riding the wave of success that’s come along with the groundbreaking release of Captain Marvel, whose titular character (played, of course, by Larson) returns at the end of April when Avengers: Endgame hits theaters. But if fans can’t get enough Brie in the meantime, her directorial debut, Unicorn Store hits Netflix on April 5.

The film features Larson as Kit, a whimsical glitter-loving art school failure who everyone thinks is “crazy.” But just as she accepts a boring office temp job while trying to figure out her life, a letter arrives that leads her to “the store,” an unusual place that sees Larson’s Avengers and Kong: Skull Island costar Samuel L. Jackson as a strange salesman who offers to fulfill her ultimate dream.

When he promises to give Kit what she desires — a unicorn — she happily sets out to prepare for the enchanted pet she’s been promised. However, the situation (understandably) confuses the people in her life, including her parents, played by Joan Cusack and Bradley Whitford.

IndieWire‘s senior film critic David Ehrlich reviewed Unicorn Store when it premiered at the Toronto International Film Festival in 2017, calling it a “millennial fairytale with a heart of gold.” He wrote, “There’s also a palpable sincerity to Larson’s filmmaking, and every frame of this open-hearted debut suggests that Larson truly wants to be an advocate for the different and the dispossessed.”

Larson also talked about the film in 2017, telling Variety, “I knew there was something about this script and this story that was really important to me. I thought it was purely an allegory to me that I could just project my own things onto. I decided to pull old home movies and include them in the film, and in that, I found all this footage of me as a kid wanting a unicorn, so I guess this has been very deep inside of me for a long time and I just forgot.”

Desiree O
Desirée O is a ‘Professional Bohemian’ who loves anything and everything related to the arts, entertainment, and pop culture. She ADORES being a ‘Newsy’ for Brit + Co, covering all of the latest tidbits of awesomeness that you want to read about. When she’s not writing, she’s either making messy art, going on long adventurous walks with her camera, or poking around over at bohemianizm (http://www.bohemianizm.com/). You can find out about Desirée O and her work at http://DesireeO.com/ or follow her on Twitter @DesireeO.
Netflix
Streaming
Netflix
More From Streaming