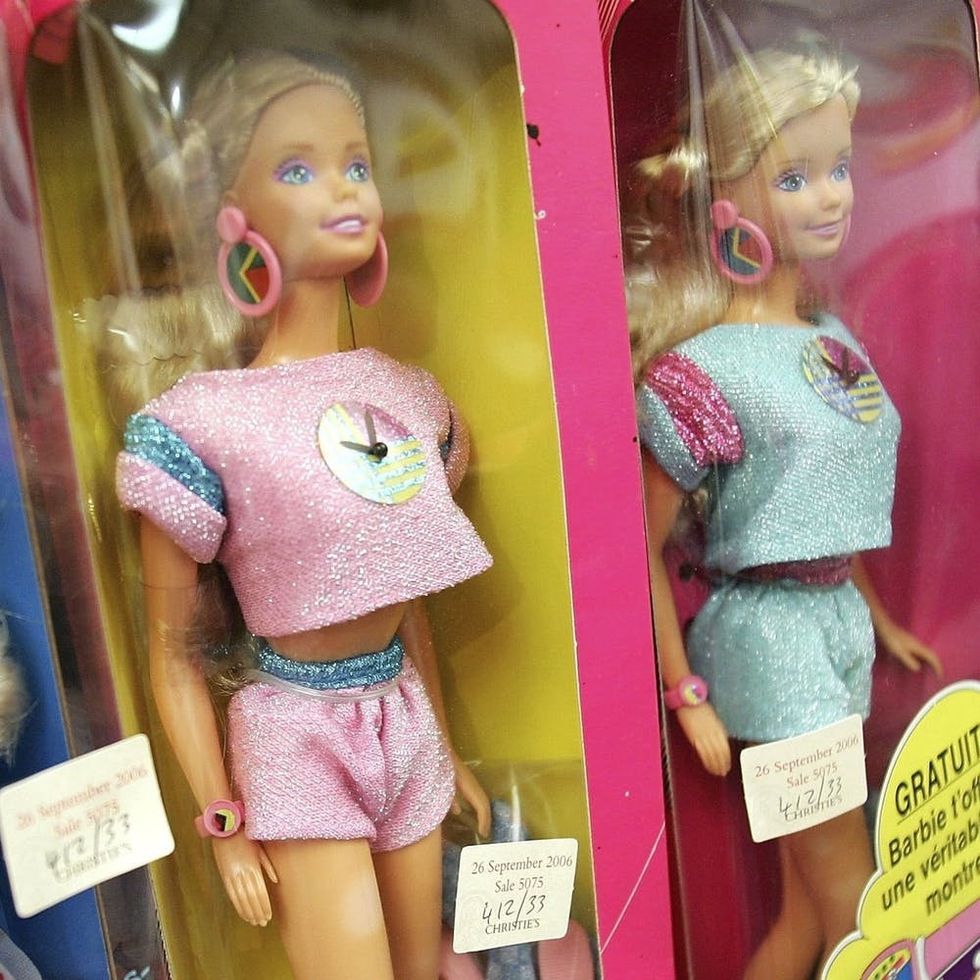 Barbie is having a serious *moment.* Though we stopped playing with the doll long ago, she’s found new ways to live on in our hearts in recent years, breaking the internet with a Missguided clothing collab, stepping up to empower our daughters, and even livening up our fruit trays. Now, she’s leaving her mark on our beauty bags, too, with a brand new, limited edition collaboration with Sephora.

The makeup giant announced the exciting news over on its Sephora Collection Instagram account, writing, “The limited edition #sephoracollectionxbarbie kit will be available from next week online and in some stores.”

Based on the subsequent pictures that followed, the collection appeared to include basics such as an eye palate, an eyeliner, and a mascara, plus one stylin’ Barbie logo cap, all housed in a perfectly pink ‘80s boombox.

Together, they make for one gorgeously feminine look, the colors of which you’ll be able to choose, with the palate available in three different shade collections.

There is some bum-worthy news, however: The kit will only be available in overseas countries, including France, Spain, Italy, Czech Republic, Portugal, Singapore, Thailand, Romania, Greece, Germany, Switzerland, and Russia, with no word on whether they’ll ever ship to the US. Noooo!

As HelloGiggles points out, however, you’ll still be able to nab some of the same goods at home in the form of the Outrageous Volume Dramatic Volume Mascara ($12) and Stylographic Classic Line High-Precision Felt Liner ($14), both of which appear to be the same as the products shown in the promo.

Are you pulling for a US release of the line? Share with us over @BritandCo.

Nicole Briese
Nicole is the weekend editor for Brit + Co who loves bringing you all the latest buzz. When she's not busy typing away into the wee hours, you can usually find her canoodling with her fur babies, rooting around in a bookstore, or rocking out at a concert of some sort (Guns N' Roses forever!). Check out all her latest musings and past work at nicolebjean.com.
Beauty Products
Beauty News
Beauty ProductsCollaborationMakeupSephora