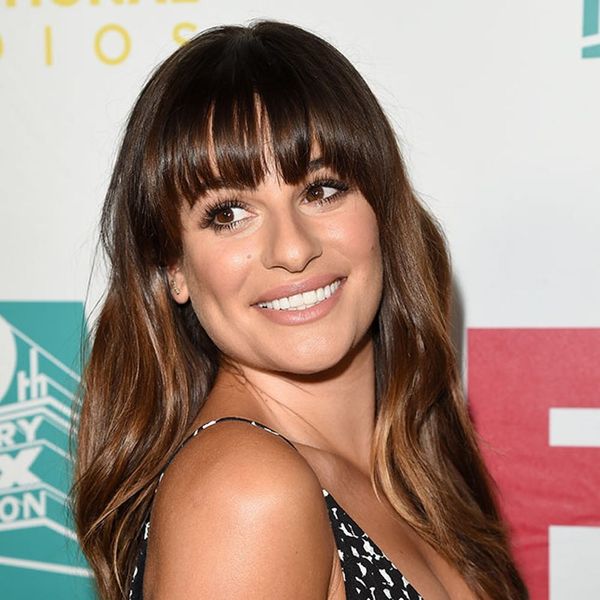 As ombre fades out (pun intended), the color trend is being taken over by sombre, a more subtle version of ombre. It’s a faded look with highlights added around the face and a much more gradual descent into a brighter shade of your natural hair color. Thanks to the more polished look it’s equally suited for redheads, blondes and brunettes and is perfect for taking your summer hair into winter. Check out these 13 celebrities who are rocking the trend to get inspired!

1. Jessica Alba: Jessica is the perfect example of the sombre trend with her natural hair color accented with lighter blond. (Photo via John Sciulli/Getty)

2. Kenza Zouiten: Swedish blogger Kenza is rocking a soft blond sombre. You’re going to want to show your stylist this pic stat for a copycat look. (Photo via @kenzas)

3. Rosie Huntington-Whiteley: Sombre does a great job of accenting layers in a long hairstyle. (Photo via Chris Jackson/Getty)

4. Lea Michele: Lea Michele proves that sombre is equally flattering for brunettes as it brings in caramel, honey and gold tones. (Photo via Jason Merritt/Getty)

5. Minka Kelly: Unlike ombre that just highlights the tips, sombre brings the color up around your face, giving the illusion of a soft glow. (Photo via John Shearer/Getty)

8. Kate Beckinsale: The closer you stick to your natural hair color, the more casual and sun-bleached your hair will look. (Photo via Sean Gallup/Getty)

9. Lily Collins: Sombre forgives your roots and adds ribbons of pretty highlights in a natural and subtle way even in shorter lengths like this cute bob. (Photo via Vittorio Zunino Celotto/Getty)

10. Olivia Wilde: Sombre prevents highlights from taking over your hair; gently contrasting the depth of the colors is part of the technique. (Photo via Valerie Macon/Getty)

11. Mila Kunis: To nail the soft, subtle look, highlights should start a couple of inches from the roots and slowly brighten toward the ends. (Photo via Charley Gallay/Getty)

12. Lily Aldridge: While this look suits almost everyone, long hair nails sombre because it allows more room for the subtle effect. So if you’re looking to sombre this season, don’t chop just yet. (Photo via Jason Merritt/Getty)

13. Elizabeth Olsen: Unlike ombre which favored those with darker hair, sombre is perfect for both blondes, redheads and brunettes. (Photo via Angela Weiss/Getty)

14. Kelly Rowland: The R+B diva has been sporting the sombre look, and we love how the soft brown hue at her ends really lifts and balances her complexion. (Photo via Pascal Le Segretain/Getty)

What do you think of sombre? Would you try it instead of ombre? Let us know in the comments below!

Kate Thorn
Kate Thorn is an illustrator, foodie, photographer, and blogger at Create & Kate. She loves creating art, traveling, and all things chocolate. A native to the Great Northwest, she is currently living in London and pretending to be a mature grad student.
Ombre
Hair
Ombre