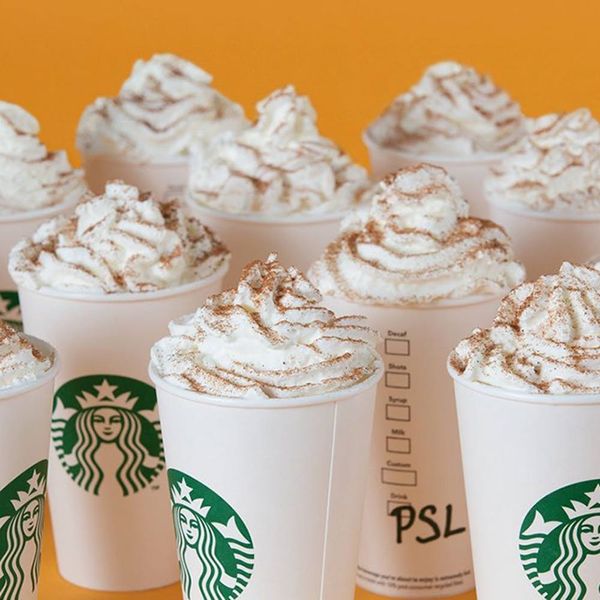 Brace yourself, PSL season is coming! The release date for the Starbucks fan fave fall drink that’s got real pumpkin this year has been debated about for the past month because people are over-eager about getting their hands on the beverage STAT. Well now it looks like we have an all-but-officially-confirmed by Starbucks official release date.

Are you ready for it?! Circle Tuesday, September 8, 2015 as the day to wake up extra early and rush to your closest coffeehouse because that’s when the pumpkin coffee drinks are back in action. While it may seem like a little later in the year than previous launch dates, (last year it was September 2) it does fall in line with the company’s typical PSL release strategy: debuting the pumpkin latte the day after Labor Day aka the official end of summer and beginning of fall.

If you just can’t wait that long to grab your paper cup with the acronym PSL jotted on it, there’s some good news for you. According to NBC News, baristas told them that there are ways to get that fall drink as early as September 4. You know there’s an insane cult-like fever around a drink when staff members are anonymously speaking to the press. Depending on your Starbucks Rewards status you’ll be granted early PSL access or if you don’t rank high enough that way you can always complete an online scavenger hunt that Starbucks will be revealing soon. *Commence refresh of the Starbucks homepage + our Starbucks Rewards app immediately while endlessly searching for pumpkin spice food already released at the grocery store.*

Are you counting down the days until you can get your hands on a PSL once more? Share that excitement with us in the comments.