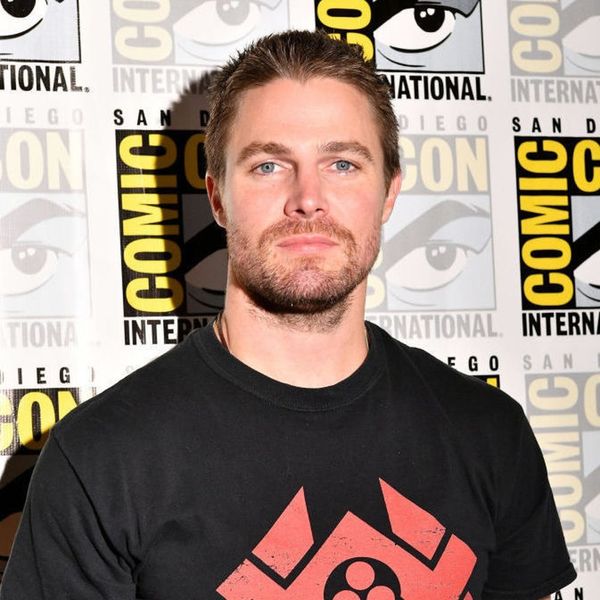 San Diego Comic Con isn’t just where we see the latest trailers and best cosplay — it’s also a chance for fans to get up close and personal with their favorite celebs during meet-and-greets and panels. At this year’s convention, during a panel for the CW superhero show Arrow, star Stephen Amell gave one fan a very special token of his affection, and it left us (and many others) in tears.

“My name is Sarah, and my question is for Stephen Amell,” the young girl asked. “Since I am a fighter of cancer, I was wondering if you were going to make more cancer-fighter shirts.” Amell said he was planning on it, and then asked Sarah a question of his own.

“Are you gonna come next year?” he asked. “If you come back to this panel next year … I’m gonna give you something and a year from now you can give it back to me.”

As Sarah approached the stage, he whipped off his custom-made Green Arrow necklace, popped down into the audience, and handed it to the young fan before giving her a hug and a kiss on the cheek. Talk about fan appreciation!

Having partnered for a number of years with the charity F*CK Cancer, Amell creates tees, sweatshirts, and tote bags emblazoned with his TEAM AMELL logo every year and has raised thousands of dollars in the process.

What’s the most meaningful gift you’ve ever received? Tell us @BritandCo!