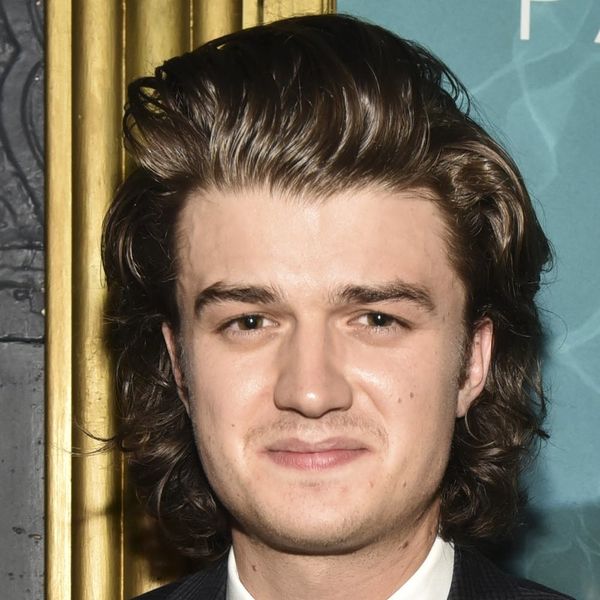 Things may not be going Steve Harrington’s way in the romance department onscreen, but when it comes to his RL alter ego, Joe Keery, they’re going just swimmingly! The Stranger Things star hit the streets of NYC with his girlfriend, 24-year-old actress Maika Monroe, yesterday and the PDA was very real.

The news likely came as a shock for Steve fans, as the duo have kept a relatively low profile sans a visit to Japan in August and red carpet apperance at the LA premiere of the budding actress’ new flick, The Tribes of Palos Verdes.

They never appear on each other’s social media accounts and haven’t opened up to the media about their time together, but the newly taken snaps sure prove that there’s plenty of love between them.

Sorry, ladies — might we suggest redirecting that schoolgirl crush to Chief Hopper, who could totally be Keery’s twin? (He’s got the proof!)