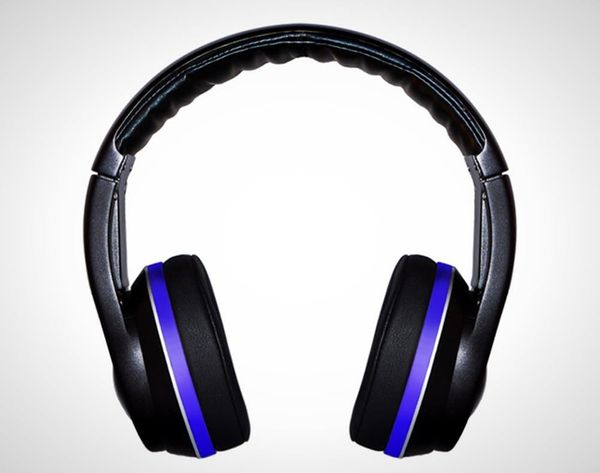 We’ve been sharing a lot of fond ‘90s memories since our April Fools’ Day stunt yesterday so how ‘bout another: Remember when cordless phones were the biggest innovation in your life? How hella cool it was when you no longer had to be chained to the wall to discuss the exact shade of your crush’s eyes with your BFF who lived down the block? We’ve come a long way folks (now you could describe any of your crush’s body parts in an emoji-filled text!) but there are still a lot of cords in our lives. A new Kickstarter project is hoping to cut at least one more — the one tethering you to your music.

The first of their kind, STREAMZ are the world’s premiere over-ear smart headphones that let you listen to music without cords and without a music player attached. Or involved. At all. They have their own WiFi and Bluetooth-enabled Android music player built-in so don’t need your sad little handheld playlist pod. Aw, you’ll be able to find a use for it. Maybe you can put it into a time capsule or something? We kid!!!

You can stream Pandora, Spotify or any music from Google Drive or your cloud of choice straight from the high-quality headphones. STREAMZ are available in 4, 20 and 36 GB options so you can upload music onto them (or download tunes from their music store) just like you would with an iPod or other music player. Right now you can control them with buttons on the earcups, by using an app and, if they meet their Kickstarter goal, the ‘phones will respond to Google Voice commands.

They may be a little chunky, but what’s that phrase? One less in the hand is worth two on your head? That sounds about right. If a sleeker, in-ear pair is more your style, check out The Dash, smart headphones that recently kicked butt in their crowdfunding campaign so should be available in the fall around the same time as STREAMZ. Cordless, music player-less headphones like these would be a handy travel buddy and a hassle-free asset when you’re running or working out at the gym… or if you’re just, like, soaking up rays at the beach.

STREAMZ has a month to go on their Kickstarter campaign where you can pledge $299 for a pair of 4GB headphones (a deal, since they’ll ring in at $499 retail post-launch) and $349 for the 20GB version. The 36GB can currently only be dibbed with a $749 pledge that will score you $300 of STREAMZ Music too. All are expected to ship around August 2014.

Would you lose your music player for STREAMZ?

Lisa Raphael
In her past professional lives, Lisa has served the masses as the Editorial Director at Brit + Co, Bieber Whisperer at J-14, Golden Girls Fan Club Prez at Lifetime and Talk Show Host Understudy to Katie Couric. Now, she's taking on the sports world at The Relish, teaching Hairography 101 in her spare time and will forever be trying to fill the hole Zayn Malik left in her heart.
Kickstarter
Tech
Kickstarter