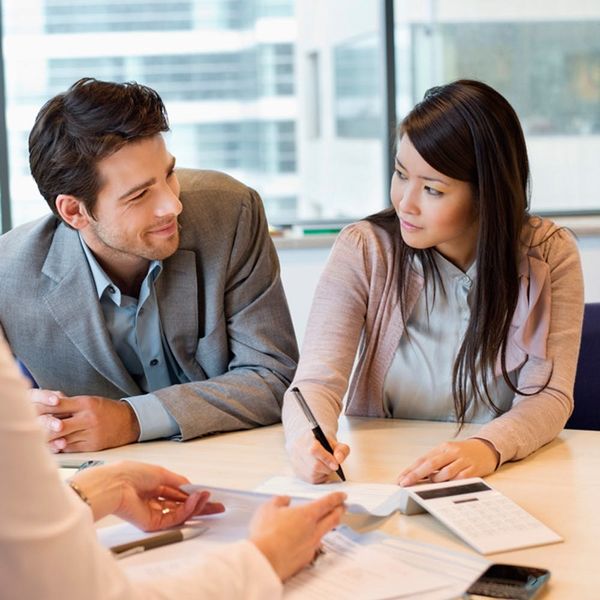 Once you’ve popped the engagement Champagne and posted your new bling to Instagram, brides-to-be know that what follows is an onslaught of well-meaning, but pretty darn nosy questions. Whether you’re debating the perfect wedding colors or if you should take your fiance’s last name, you’ll soon find out that everyone and their mother has an opinion. Now science is joining the conversation too.

New research in the academic journal Gender Issues delves deep into what people *really* think about women who have and have not changed their names. According to Portland State University researcher Emily Fitzgibbons Shafer, a woman’s choice to change — or keep — her name doesn’t affect the opinions of women and highly educated men in the US. But when it comes to American men with lower education levels, it’s a whole other story.

Shafer’s research suggests that men of lower education levels view women who don’t change their names as “less committed wives” than women who do change their last name, or even women with hyphenated last names. Asked about a made-up scenario where a husband pitches in more with housework in order to support his wife, who’s working late at the office to get a promotion, less educated men were harder on non-name-changing women than women who changed their last name, even saying the husbands in the scenario were more justified in divorcing them (insert *huge* groan). Shafer used 2010 survey data from 1,253 US residents, though it’s important to note that 73 percent of the survey participants were white.

Shafer says her research was inspired by the contentious debate in the 1980s over Hillary Rodham’s decision to change her name to Hillary Rodham Clinton. While it’s hard to believe now, back then many political pundits blamed Bill Clinton’s early gubernatorial loss on Hillary’s initial refusal to change her last name. Shafer’s research demonstrates that we still have a long way to go before men and women are judged equally, and that even the most trivial of things can affect a woman’s chance for success. We weren’t short on proof that feminism matters, but we’ll take it anyway.

Do you plan to change your name after you get married? Did changing your name have a major effect on your life? Tweet us @BritandCo and let us know!

Angela Velez
Angela is an MFA Fiction candidate at the University of Pittsburgh. You can find her reading obsessively, wandering bookstores and watching melodramatic television.
marriage
Relationships
marriage Relationship Advice
More From Relationships