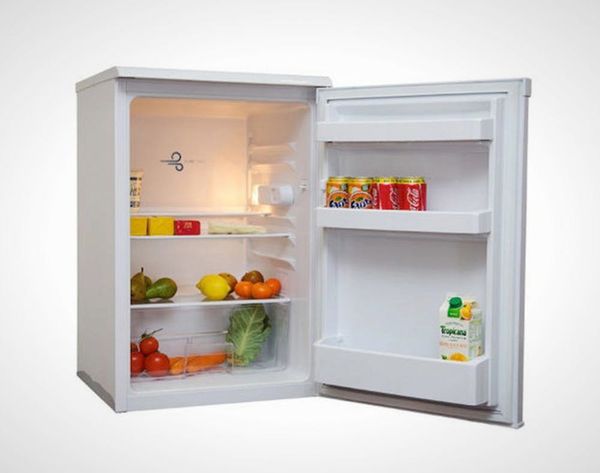 Imagine one of those big ice chest coolers that you take to the beach, lug around to tailgating parties or pack up for a picnic. Now imagine that cooler with the ability to keep its contents cold for up to 35 days without any power source. That’s what a newly designed fridge called Sure Chill is capable of doing, and it’s keeping things cold that are much more important than your lunch and six pack of brewskis.

The self-sustaining fridge will undoubtedly save you money and save energy by only using power when it is available or when the cost won’t break the bank. But more important than saving you some bucks while keeping your dranks cold, is the fridge’s social implications. Because it can operate on no or little power, the Sure Chill has the ability to bring vaccines to rural, impoverished places, making it a truly life-saving innovation. Unicef stats claim that two to three million children survived illness in 2011 because they received vaccination against common disease. Meanwhile, 1.5 million died from lack of such medicines. The stark numbers make this fridge that much more awesome: It could get meds to those 1.5 million people and counting.

The design was inspired by physics. When water reaches 39 degrees F, it is at its heaviest point and begins to sink. 39 degrees also happens to be the ideal temp to store perishables, like food and medicine. At any other temperature, water rises. Similarly to the way a frozen lake retains a layer of ice at its surface while liquid flows below, the water circulating through the Sure Chill forms a layer of ice at the top of the device, while the 39-degree water falls along the sides. When this water gets warmer, it rises and meets the falling ice, therefore maintaing the temperature. This cycle continues constantly recharging with new ice. If need be, the fridge can be rebooted with an occasional burst of power, which can be supplied through solar panels.

We don’t need to tell you this, but the refrigerator currently running in your kitchen is a major energy suck, making this a serious breakthrough in the appliance world and the first fridge like it. Only the Super Thermos of the Bill Gates Foundation has been able to accomplish something like this before, but Sure Chill does it with even more efficiency. The Unicef model has a hefty pricetag of $2,600 since it’s handmade in Wales. Once they starting being mass-produced, the price will decrease and could eventually be on par with current commercial fridges. Pretty cool, huh?

Feeling inspired by social innovation? Let us know what you think about the Sure Chill and other products that are changing the world in the comments below.

Isara Krieger
Isara is a photographer who loves words, and a writer who sees the world as a series of photographs. She's an East-to-West-Coast transplant who eats a lot. You can find her foodie insights on her blog Alone With A Cupcake, where she shares her thoughts on the best restaurants in Boston, San Francisco and places in between.
Tech