Politics Affects the Dating Game for Women More Than Men 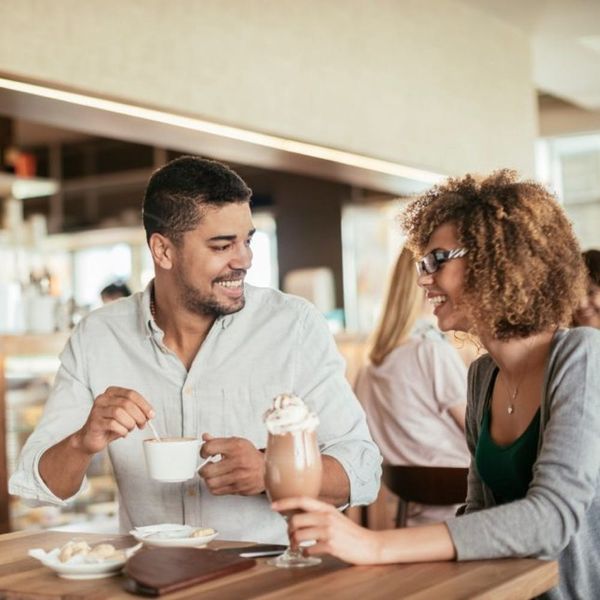 The first 100 days of the Trump presidency were, well, a bit wild. There’s been a lot of debate, a lot of controversy, and a whole lot of amazing political moments on SNL. We’re willing to bet that your relationships have also undergone some serious changes in the last few months — and that includes your approach to love. According to a recent survey about dating and politics from matchmaking site Plenty of Fish, you’re not alone.

POF surveyed over 7,000 singles in early April to gauge the temperature of the dating scene during these super polarizing times. Among the respondents, there was a nearly even split between Republicans, Democrats, and Independents. While only 61 percent of participants voted in the presidential election, they still had some pretty strong feelings about the current political state. Those major emotions are almost evenly divided: 37 percent say they’re angry or disappointed in the outcome of the 2016 election, and 38 percent say they’re ecstatic.

You’d think this would lead most singles to avoid dating people with political views that are drastically different from their own. Not the case. In fact, only 17 percent admitted that they wouldn’t date someone who voted for the other candidate. Of the 53 percent that would date “outside of their political comfort zone,” there was a clear gender divide: 62 percent of men vs. 39 percent of women. The survey also found that Trump’s reputation with Democrats and Independents hasn’t tainted their views of his datable supporters. Fifty-five percent of women and 75 percent of men say they’d date a Trump supporter.

That’s super surprising, since political conversations have been really touchy (we never want to relive last Thanksgiving’s debate with our extended family) for a few years. Maybe so many singles are able to avoid dating horror stories by dodging the topic altogether. Twenty-seven percent of singles think bringing up politics on a first date is always a no-no, and 43 percent of them say that politics should only be discussed on a date when the other person brings it up.

“It’s apparent that broaching this subject for the first time may be difficult and could lead to some challenging conversations,” POF’s communications manager Shannon Smith says. “Talking about politics during dates is a complicated and touchy subject in today’s heated political environment.”

Now that we’re 100 days into Trump’s administration (like it or not!), Smith has a few tips for singles who are still looking for love online (or elsewhere) in these potentially contentious times.

1. Prioritize. Understand the topics that are most meaningful to you politically. “By having a clear vision of the issues that are most important to you, you’ll leave room to connect with someone who may not have the same stance or viewpoint as you,” Smith says.

2. Be open-minded. We don’t expect you to fall head-over-heels in love with someone who sees everything differently than you do, but that doesn’t mean you can’t keep your mind the tiniest bit open to people with alternate political views. “Train yourself to think, ‘Where is this person’s point of view coming from?’ Listen to them,” Smith says.

3. Be transparent. These are important discussions that are going to come up sooner or later, so there’s no need to avoid them for too long. Be honest and put all of those cards on the table now to avoid additional tension in the future. “If a political topic or issue comes up, be prepared to share your opinion in an honest and positive manner,” Smith says.

How do you deal with dating in the current political climate? Tweet us @BritandCo!

Alli Hoff Kosik
Alli Hoff Kosik is a freelance writer who is passionate about reading, running, rainbow sprinkles, her lipstick collection, watching embarrassing reality TV, and drinking pink wine. She lives in Brooklyn with her husband and (in her dreams, at least) three golden retriever puppies. Listen to her talk books on The SSR Podcast.
Dating
Relationships
Dating Politics Relationship Advice
More From Relationships