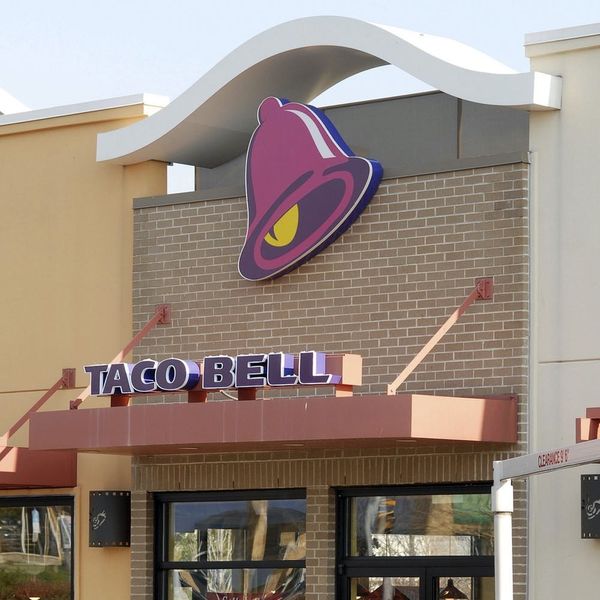 Taco Bell is getting pretty creative when it comes to offering their customers memorable eating experiences. In April, they made taco shells from fried eggs, and this week, they started offering weddings at their flagship location in Las Vegas. Now there are reports that the company is testing a new burrito that comes with spicy pop rocks.

The post also included a few details about the burrito itself: “Tortilla was red, looked like it had been marinated at some point or maybe they come that way. … There was also a spicy version which apparently ‘only’ adds chipotle sauce that [I] don’t recall ever trying. Mine was the cheesy type so it had [I] assume nacho cheese, beef, lots of rice, some red strips, and a packet of these ‘poppers.'”

According to FoodBeast, which confirmed the burrito with Taco Bell, the burrito on its own costs $1.29, and you can add a packet of the popping crystals for an extra 20 cents. There are currently four locations testing the wrap: two in Santa Ana, California; one in Tustin, California; and one in Anaheim, California.

Redditors were pretty torn about the look and description of the possible new menu item. Comments ranged from the positive — “Really hope this gets a nationwide release. A goofy gimmick item like this is exactly what the bell has been needing lately. I’d order these 100% of my tbell visits if they’re tasty and spicy.” — to the flat-out negative — “That sounds terrible.”

What do you think of Taco Bell’s burrito with Cayenne Popping Crystals? Let us know @BritandCo!