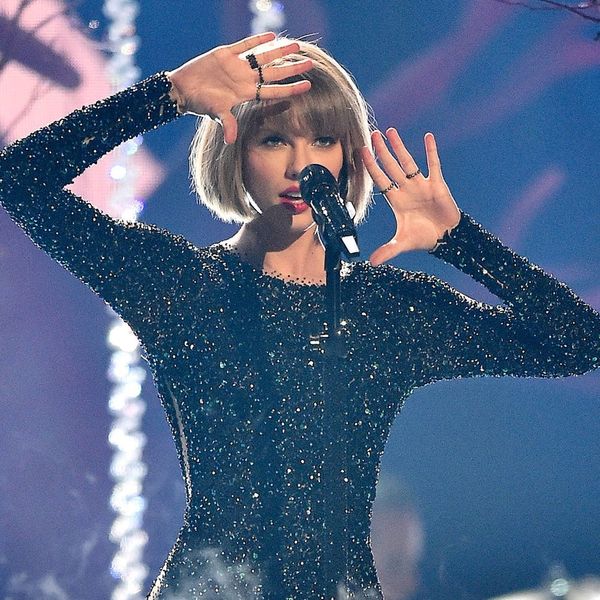 We all deal with breakups in different ways. Maybe you go for an epic hair makeover. Maybe you get that revenge bod like Khloe. Or maybe you decide to start a $535 remodel of your NYC penthouse. Oh, that’s just Taylor Swift? Okay. While she might be de-Calvinizing her space, it seems as though Taylor is also dealing with her split from the DJ in the most Tay way ever: by making a killer breakup album.

A source close to Taylor told E! News, “Taylor is not sad anymore about the breakup. She knows it was for the best. They are not on bad terms. They have communicated since the breakup, but getting back together is something that’s not in the cards for either of them.” The source goes on to say, “Taylor is hanging out with her friends and keeping busy. She wants to be single for a while and have a relaxing summer. She has some plans to travel this summer. Taylor has also been writing new music.”

Hold up. New music?! Deep breaths everyone. With her insanely huge 1989 tour just behind her, Taylor has mentioned she’s looking forward to laying low for a little while, but hey, when inspiration strikes you gotta do what you gotta do.