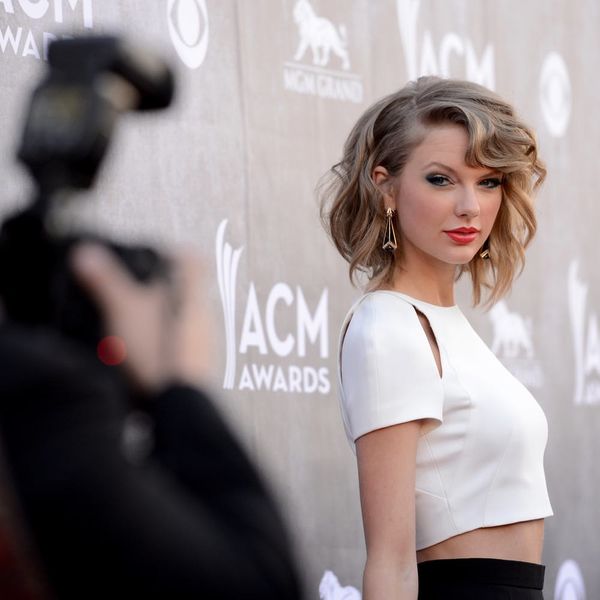 GUYS. What is going on? I know I just wrote a post to help Taylor get over her breakup with Calvin Harris (I’ve been a Swifty fan for several albums now), but recent paparazzi photos have surfaced of Tay Tay with a new summer fling… Tom Hiddleston. Might be time to put our game down, flip it and reverse it. We don’t know if Taylor cheated on Calvin, if Calvin cheated on Taylor, whose heart is broken. For Taylor, we’ll wait to know all when that next album drops. Calvin, we dedicate this post to you and ALL of your feelings in light of this new, confusing love triangle.

1. “Summer,” Calvin Harris: It began in the summer, a 2015 summer love. It started with #SwanGoals and the couple’s first public appearance around the 4th of July, but then… “You act so innocent now, but you lied so soon.” Pretty foreboding lyrics, Calvin.

2. “We Found Love,” Calvin Harris: The beginning of the Calvin + Taylor relationship didn’t seem built to last. Calvin’s past relationship with Rita Ora and Taylor’s long list of ex-lovers had everyone writing this off as just a fling. But they stuck it out, and we thought… maybe they did find love in a hopeless place?

3. “This Is What You Came for,” Calvin Harris: Remember when Taylor was spotted at Coachella with Calvin’s new album art on her jacket? Surely, that was love. Shedding her pop star image for an edgier look that seemed to match Calvin’s lifestyle, we thought we were seeing a new power couple take their rightful place along Bey + Jay.

4. “Blame,” Calvin Harris: But the relationship wasn’t to be. We blame it on the night that Taylor Swift and Tom Hiddleston met at the Met Gala. Sigh.

6. “Feel So Close,” Calvin Harris: Who do you feel close to now, Tay? Tom Hiddleston. Calvin Harris expressly lived out this lyric — “I wear my heart upon my sleeve, like a big deal” — but in the end, his actions just weren’t enough.

7. “I Need Your Love,” Calvin Harris: What does Calvin need now? Real love. Call us, Calvin.

To be clear, we’re not blaming Taylor or Calvin or Tom. We’re just trying to use music to process our thoughts and feelings. We were supportive of Taylor’s single-ness. To self-quote: “It’s going to be okay though. Tay has her squad, she has her cats and most importantly, she has her FANS. Appropriately, here is Taylor’s anthem of the summer: Baby, we’re the new romantics / Come on, come along with me / Heartbreak is the national anthem / We sing it proudly.”

But now… we don’t know WHAT to think. We’ll just continue to watch the situation as it unfolds with Taylor + Calvin deleting all their Instagram photos with one another… and we’ll keep an eye on the Rhode Island coastline for more pics of Tay + Tom.

How are you coping with the new Taylor + Calvin + Tom drama? Tweet us at @britandco!