The Boy Scouts Will Now Allow Transgender Boys to Join 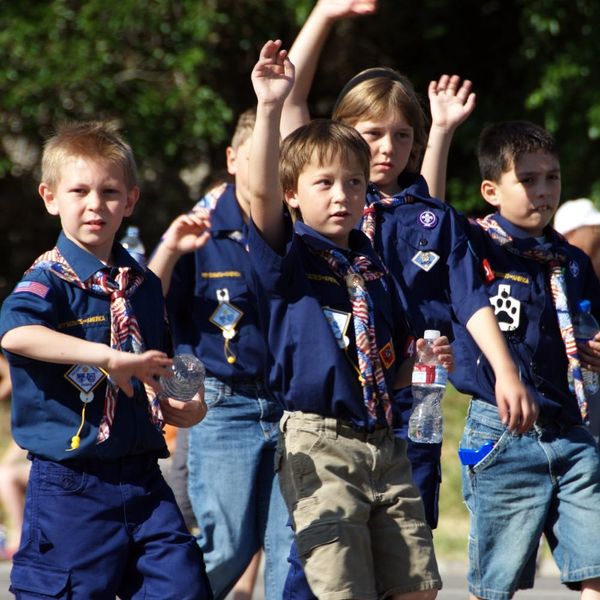 While many people are worried that our country has taken a few steps backwards of late, this news gives us hope that we’re still moving toward a future of positive inclusivity. Though the Girl Scouts may have gained a rep for being on the forefront of social justice by shutting down bigots in a big way, their brother organization, the Boy Scouts, has had a less than stellar reputation on that same front. Though the org has been challenged in the past, it looks like they’re now ready to take a step forward by letting transgender boys join the Boy Scouts.

Though the Girl Scouts have been accepting transgender children into their groups for years now — a seven-year-old transgender girl was accepted into a Colorado troop back in 2012, and though it sparked a “cookie boycott” in protest, the group rightfully did not go back on their decision — the Boy Scouts were still banning gay leaders up until 2015, and less than a month ago, a transgender boy was kicked out of the group based on his gender identity.

Eight-year-old Joe Maldonado was banned from the New Jersey Cub Scouts chapter in December because, even though the other kids were cool with who he is, some parents complained and had him kicked out. According to the adults, Joe did “not meet the eligibility requirements to participate.”

Joe told NorthJersey.com, “It made me mad. I had a sad face, but I wasn’t crying. I’m way more angry than sad. My identity is a boy. If I was them, I would let every person in the world go in. It’s right to do.”

Now it looks like the organization has realized that Joe is totally right. From now on, the Boy Scouts of America will accept children based on the sex/gender that is listed on their application and will no longer require a birth certificate identifying that the child is “male” for their boys-only programs.

Expecting the same sort of backlash the Girls Scouts have previously faced, spokesperson Effie Delimarkos said in a statement to BuzzFeed News that the Boy Scouts’ past “approach is no longer sufficient as communities and state laws are interpreting gender identity differently…” and their goal will now be for “local councils [to] help find units that can provide for the best interest of the child.”

Desiree O
Desirée O is a ‘Professional Bohemian’ who loves anything and everything related to the arts, entertainment, and pop culture. She ADORES being a ‘Newsy’ for Brit + Co, covering all of the latest tidbits of awesomeness that you want to read about. When she’s not writing, she’s either making messy art, going on long adventurous walks with her camera, or poking around over at bohemianizm (http://www.bohemianizm.com/). You can find out about Desirée O and her work at http://DesireeO.com/ or follow her on Twitter @DesireeO.
Politics
Entertainment
Politics transgender