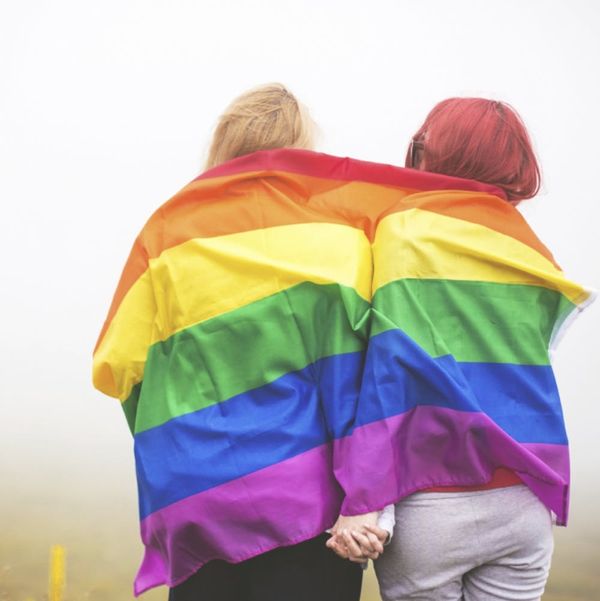 During the presidential campaign so far we’ve heard a lot about what policies the candidates support and what they don’t, but what about what voters want? Sure, you can make some educated guesses based on which candidates voters choose, but it’s hard to reach conclusions about voter support of issues like gay marriage and Equal Pay Day merely by looking at who is winning. So analysts are left to their own devices to figure out what, specifically, is driving voters to their polling places. Whether it’s posting a personal POV on Facebook or secretly supporting certain issues, voters have been getting shockingly candid on a “secret” social network you probably forgot about.

Whisper, which bills itself as “the best place to discover secrets around you,” shared some info with Brit + Co that it’s collected on its users’ political thoughts since 2014, including some polls the company has done. The big takeaway is that equal rights are far and away the most important issue to Whisper’s users: 40.7 percent rated it as such.

This is a huge deal! The gender pay gap and the need for LGBT rights still present hurdles for many of us, but with so many people invested in making change happen on these fronts, it becomes that much harder for political figures to ignore key barriers to equality (and more tempting for them to get on board, if they weren’t already). Combine that with public figures speaking out, as Robin Wright and Jennifer Lawrence have on the wage gap, and attention-grabbing individual efforts like the pop-up shop that allowed women to pay less than men, and positive social change is that much closer.

After equal rights, the issues Whisper voters said they care most about were the economy, national security and healthcare, all of which have also received a fair amount of attention in recent years. However, what Whisper users consider to be important long-term problems is a little different: More than half of the respondents told the company that global warming is their main concern, with gun control and immigration placing second and third.

The breakdown of which states are talking about the remaining presidential candidates is also super interesting. (Of course, Bernie Sanders is no longer really vying for the Democratic nomination, but he remains in the race technically.) Bernie’s home state of Vermont is interested in Hillary Clinton and their home state candidate, and it looks like the residents of Washington DC just want to talk about everyone.

What’s the main political issue you’ve discussed with your friends? Tweet us about it at @BritandCo!

(Photos via Getty; infographic via Whisper)

Tannara Yelland
Tannara is a freelance writer and editor, an occupation perfectly suited for her affection for drinking too much coffee and keeping odd hours. She usually writes about politics, economics, and pop culture. Some day she will put to use the hundreds of hours she's spent watching Say Yes to the Dress and write THE definitive analysis of the show.
Most Recent